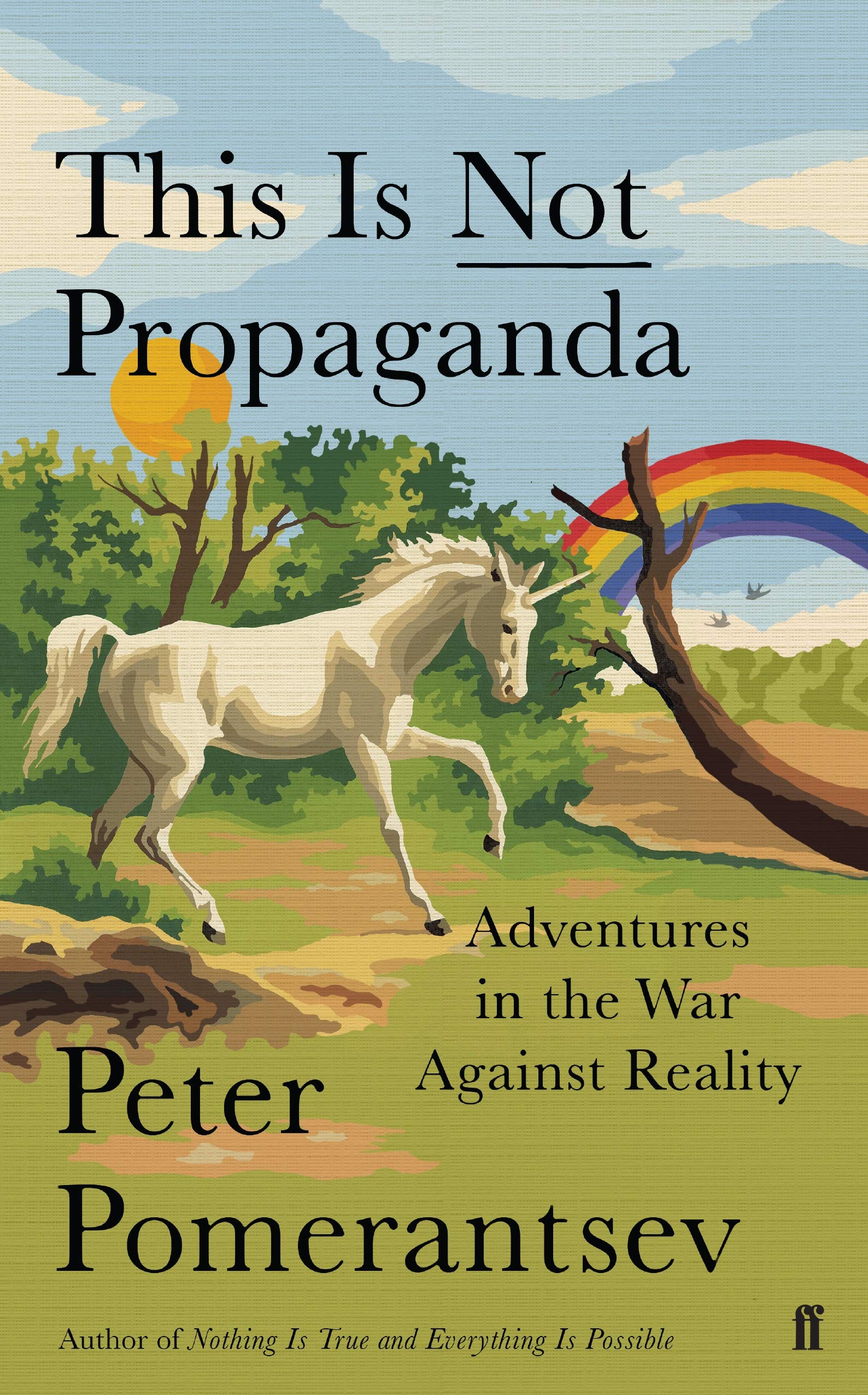 Faber and FaberA review of This is Not Propaganda: Adventures in the War Against Reality by Peter Pomerantsev, Faber and Faber, ISBN 9780571338641 (paper) 270 pp.

This is Not Propaganda: Adventures in the War Against Reality by Peter Pomerantsev takes the reader through various instances of the use and weaponization of propaganda and disinformation throughout time all across the globe. Pomerantsev begins and ends his book with his own personal story growing up in Soviet Russia, and how what he saw then is still happening, just in different ways. Pomerantsev breaks down how disinformation was weaponized in each of the situations he discusses and the damage it left in its wake. This book is essentially a detailed compilation of case studies of the grandest uses of disinformation in the modern digital world, and how Russia’s propaganda machine has evolved from the Cold War to now.

Pomerantsev recalls how tightly the Soviet government’s hold on the flow of information was: instances where the KGB would come, only watching/listening to state sponsored media, and eventually escaping Russia due to his parents being dissidents. But in the digital age, he still saw where the Kremlin’s propaganda machine was continuing to work, just in different areas of the world and in different mediums. Pomerantsev first delves into the Philippines and the case of Rodrigo Duterte. Duterte’s campaign revolved around the simple idea of fighting back against drug crimes. However, it was the PR specialist that Duterte hired, simply named “P” in the book, that allowed Duterte to take power. By creating a series of Facebook groups and posting drug crime stories in said groups at a rate increasing as election date grew nearer, Duterte’s support grew immensely, and he ended up winning the presidency. The fallout from this election is debated in terms of the exact statistics, but here is what we do know: thousands of people were killed in the name of “beating drug crime,” under Duterte’s rule. The alleys in Manila began to fill with corpses because so many people were being killed in such a short time frame. But there was one news station attempting to fight back even though it had in some ways helped Duterte win in the first place: Rappler. Maria Ressa created the solely digital news site in 2012, and when it started to reveal the executions happening at the hands of Duterte, the online harassment and death threats started rolling in. The employees at Rappler began noticing patterns in the attacks and realized that the accounts were in fact fake, but where exactly were the fake accounts coming from?

Russia currently houses what are known as troll farms: office buildings filled with computers and workers at those computers running fake accounts. These employees comment on news stories, comment on social media posts, and coordinate their attacks on a certain person (politician, journalist, etc.). Russia’s propaganda machine was still functioning, but now in the digital age it had no boundaries.

The next instance Pomerantsev discusses is Srdja Popovic, a political activist that breaks down how to start and finish a successful revolution without any violence. Popovic created the Center for Applied Nonviolent Measures, or CANVAS for short, whose tactics were deployed in the “color revolutions” in Georgia and Ukraine. The issue, Pomerantsev explains, is that once you reveal to the public how to weaken authoritarian figures, with the right tools, authoritarian figures can use the system to weaken protests and strengthen themselves. Instead of silencing people through deployment of the KGB, regimes can now seek to confuse mass populations of people to keep them under control: make too much noise in the digital sphere for the average citizen to make sense of it all, what Pomerantsev calls “censorship through noise.”

Pomerantsev delves into many more instances of propaganda in the digital age in places such as Estonia, Ukraine, Serbia, the Balkans, and others. One point that Pomerantsev makes clear, though, is that there isn’t one particular mastermind behind this war against reality: the Kremlin isn’t solely to blame and isn’t the only one playing the game either. Rather, Cold War tactics now have immensely more power in the digital age. The ability to pinpoint specific demographics and then mobilize them in a certain way has become almost effortless. Pomerantsev writes,

“I see people I have known my whole life slip away from me on social media, reposting conspiracies from sources I have never heard of, some sort of internet undercurrent pulling whole families apart, as if we never really knew each other, as if the algorithms know more about us than we do, as if we are becoming subsets of our own data, which is rearranging our relations and identities with its own logic, or in the cause of someone else’s interests we can’t even see. The grand vessels of old media—books, television, newspapers and radio—that had contained and controlled identity and meaning, who we were and how we talked with one another, how we explained the world to our children, talked about our past, defined war and peace, news and opinion, satire and seriousness, right and left, right and wrong, true, false, real, unreal—these vessels have cracked and burst, breaking up the old architecture of what relates to whom, who speaks to whom and how, magnifying, shrinking, distorting all proportions, sending us in disorientating spirals where words lose shared meanings.”

Information, the very thing that used to help topple statues of corrupt leaders and walls that kept people in and out is now the thing that is keeping people disoriented, trying to find the truth among a sea of conspiracy theories, trolls, and more. Pomerantsev does describe a world in which the information itself could be de-weaponized though. He explains that in this world, “any person would be able to understand how the information meteorology around them is being shaped; why computer programs show you one piece of content and not another; why an ad, article, message or image is being targeted specifically at you and why; whether a piece of your own data has been used to try and influence you and why; whether a piece of content is genuinely popular or just amplified. Maybe then we would become less like creatures influenced by mysterious powers we cannot see, made to fear and tremble for reasons we cannot fathom, and instead would be able to engage with the information forces around us as equals.” If this were to happen, Pomerantsev explains, then the framework of the information war would fall apart.

But could this world become a reality? Pomerantsev doesn’t explicitly say, which is one critique of the book as a whole. While the book can be dense at times and it can at times be hard to follow due to the structural interjections of Pomerantsev’s own story between modern day stories, it does not deter from the overall quality of Pomerantsev’s writing. But the lack of a solid plan or suggestions to deal with the information war, leaving us with more of a warning than a solution, is the main critique I have. The ending of the book would benefit greatly from having some sort of closure on this topic, leaving readers with an idea of how exactly they can combat the war against reality.