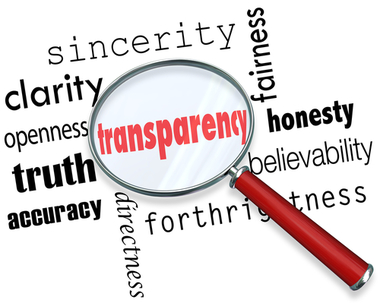 I love to cycle, and I enjoy reading about new training techniques. The other day I came across an article in Bicycling magazine about the advantage of training at high altitudes. Interesting. But, somewhere around the fifth paragraph, the article mentions a natural supplement to boost performance. I’m immediately suspicious. I glance down the page and back up to the top. And, there is the word: “sponsored.” I’ve been reading an advertisement. Now I feel duped, like I wasted my time. The irony is that I have been studying advertising disguised as editorial content, and this was an especially effective one...at least for me.

I suspect everyone has this experience at some point. In the past we called these articles “advertorials,” but today they’re referred to as “native advertisements.” The name reflects how the pieces appear to be native content; it belongs here; it fits in naturally with other content. According to Business Insider, native advertising has been a rapidly growing business over the past few years, with future projections skyrocketing. Some of this growth is due to its frequent use in social media, but some is due to new opportunities in traditional media – newspaper, magazine, radio, television – both online and in their original formats. These are sources of news that we assume offer unbiased reporting on issues (and products). But most newspapers now sell native ads, and some highly credible media sources, like The New York Times, employ writers who will develop such pieces for a company (see http://paidpost.nytimes.com/netflix/women-inmates-separate-but-not-equal.html#.U5tBY5FH3FI), ensuring that the quality of the native content writing matches the editorial content.

So, what’s the harm? Sure, a native ad might promote travel destinations, financial products, or sports equipment, but in the end, most people realize it’s an advertisement. And, if anything, readers are disappointed in the company that tried to “fool” them into thinking they are reading a real article, not a promotional piece. Right? Actually, no. That’s not right. Research conducted by my laboratory group at Penn State University and published in the November 2016 issue of American Behavioral Scientist tells a different story.1 Here are three important findings from our study:

I can only conclude that media with high standards for journalistic integrity stand to lose the most from native advertising, and these outlets may want to reconsider the advertising they present.

I’m not saying native advertising is never a good idea. I don’t regard Bicycling magazine as an entirely objective source of information. So, the impact to its reputation is minimal (though I will read it with a bit more skepticism next time).

Most likely, the effect of native ad disclosure that we measured was due in part to the surprise people felt when they realized a high-credibility media outlet was publishing native advertising. And, over time, that effect may diminish as more readers and viewers come to expect it. But, in the meantime, what are we sacrificing?