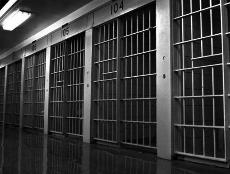 offers a case study about collaboration and conscience.

Several years ago I started researching the case of four young Hutterite farmers from the Rockport Colony in South Dakota who endured some of the most shameful treatment visited upon conscientious objectors during World War I. The men (three of whom were brothers) were not alone in refusing to drill or to do work at a training camp-in their case, at Camp Lewis in Washington State, near Tacoma-but what followed was especially egregious.

They were sentenced to 20 years of hard labor at Alcatraz. At that fearsome prison in San Francisco Bay they once again refused to do any work that might be construed as advancing the war effort. As punishment, they were taken down to a "dungeon," chained so high that their toes barely touched the ground, kept in total darkness and, for days at a time, given only bread and water.

Four months later, the men were transferred to Fort Leavenworth, Kansas, where two of the brothers died. To the military, the men were slackers who died of pneumonia; to the Hutterites, they were martyrs for the faith who died of mistreatment.

Though the story is well known in Hutterite church history circles, it's generally told in only two or three pages, dependent on the same small set of sources. In the course of research, I was especially pleased to meet descendants of the four men and to receive from them a trove of unpublished letters that the men had sent from prison. With the letters in hand, I began drafting a book manuscript about the four Hutterites.

As I was working on this research, an e-mail arrived from a highly regarded Seattle writer who said he was finishing a book about the immigrant experience in World War I. He planned to include a section on the same four conscientious objectors from South Dakota. An archivist there had mentioned to him my contacts with family members, and now the Seattle writer wondered whether I might make an introduction on his behalf.

What to do? I wanted to be generous and share my sources (especially knowing how indebted I was to the Hutterite family members and so many others who had helped to advance my own research). And yet to do so risked giving up claims to, as journalists would say, an exclusive-the unpublished letters.

I found myself in an ethical quandary without a clear idea of where to turn for guidance. When are academic researchers obliged to share their work? And to do so in a timely way? Is it small-minded, perhaps even unethical, to withhold sources that could be of value to another researcher who is on deadline?

In contrast, the guidelines for crediting sources appear sharply defined. Whether in history, communication, or other fields, we are collectively engaged in learning. We are bound to be explicit and generous in crediting others for any phrasing, research findings, or interpretations that we present in our work. When in doubt, acknowledge the source.

As the Association for Education in Journalism and Mass Communication reminds us in its published code of ethics, "We never plagiarize or take credit for another individual's work, whether published or not, nor do we ever fabricate data."

Beyond directing scholars to accurately and fully document all sources-part of laying down a clear research trail for others to follow-the code of ethics appears silent when it comes to the obligation to share information with other researchers. This kind of collaboration might be formally recognized-mentioned in a book's acknowledgments or source notes, for example-or informally conveyed-as in a personal e-mail saying "thanks so much!"

Scholarship, as the American Historical Association reminds us, depends on the discovery, exchange, interpretation, and presentation of information. Free, open and equal access to information is vital.

One of the most poignant accounts of research generosity came in a story broadcast by National Public Radio on Oct. 9, 2008. Three scientists had just been awarded the Nobel Prize in chemistry for their work with a jellyfish protein. Years earlier, the NPR report said, the scientists needed the gene for the glowing protein. One of the scientists, Roger Tsien, called up Douglas Prasher, then at the Woods Hole Oceanographic Institution; Prasher had isolated the gene. "So I found his phone number, called him up, and to my amazement he was willing to give out the gene," Tsien said.

However, Prasher, in the years since he shared the gene, had fallen on hard times. When the three other researchers claimed their prize, Prasher was driving a shuttle bus for an auto dealership in Alabama. But he said he had no regrets about giving away the gene, and credited the three Nobel laureates for their fine work.

When that request came from Tsien, why did Prasher agree to share his discovery? He may have based his ethical reasoning on the values of reciprocity (treating others as you wish to be treated) or beneficence (being alert to opportunities to improve the lot of others in a generous way).

Clearly, in my case and most others, the stakes are not nearly so high. But for most of us, whatever the expected personal or societal rewards our research might bring, when we have invested years in a line of work, the stakes always feel very high.

So, I declined to share the source with the writer-at least for a while.

But the Hutterite story turned more complicated. As it happens, there is a small group of interested followers of the story-the archivist from South Dakota; a lawyer in Seattle with family ties to South Dakota and conscientious objectors; a lawyer from San Francisco who would like to produce a film about the Hutterite draftees; a professor from California who has written historical surveys about the Hutterites; and, of course, the Seattle writer who contacted me.

Over the next year we became an informal Internet interest group. No one signed up for a listserv, but when someone had a question or a comment related to the Hutterite conscientious objectors (e.g., "Has anyone seen mug shots or identification photos of the men?"), a communal e-mail went out.

So it was that the professor from California learned that I was at work on a book about the objectors. He sent me a private e-mail to say that he, too, had begun compiling data for a possible book on their Alcatraz experience. He suggested we talk by phone.

It was an awkward moment. I had been conducting research, as my teaching load allowed, for five years. I had the letters from prison and other unpublished sources. And yet . . . the professor is a specialist in the field of Hutterite studies. My own research, as might be expected from someone who worked as a journalist at The New York Times and other newspapers, is more wide-ranging. Should the specialist receive deference? Does the researcher who is further along enjoy a prior claim? To be honest, I felt at a loss.

The philosopher and ethicist Sissela Bok suggests several steps for resolving ethical quandaries. Directly on the heels of "consult your own conscience" is "seek expert advice." So, I reached out to a colleague who is both a history professor and a widely published author. "What would you do?" I asked him.

His response: "I'd encourage you to make it clear that you've been at work on this project for several years now and are reasonably far along with your research/writing. So be positive, warm and encouraging of his work while also making it clear that your project is well underway. There's probably room for more than one book on this topic. In any case, don't concede the field!"

That outside perspective confirmed my inner sense of the right course. When the California professor and I did speak by phone, we shared introductory comments about the status of our work. And then, in the most gracious way, the professor said that since I was considerably further along in researching the Alcatraz account, he would pursue a different project. Obviously, that conversation could have gone in many other directions. I was grateful.

More recently, I traveled to San Francisco and then Seattle on research related to the book. While in Seattle, the lawyer with South Dakota family ties invited several of us to his home for dinner. And so it happened that I was given a chance to meet the Seattle writer who had asked me to share a Hutterite source.

As I drove to the dinner, I was very aware that the last communication I had had with the Seattle writer was when I declined to immediately share the source. I had told him that I would be pleased to share contact information but wanted to wait to do so until my manuscript was ready to be published. (Since then his excellent book on immigrants who fought (or chose not to) in the Great War had been published. While he had a lengthy list of contributors in the acknowledgments section of the newly released book, I was not among them.)

Given my substantial investment in trying to tell a story about four conscientious objectors that has never been told in full, I had to think that I would likely make the same decision again, however reluctantly-that is, to withhold a key source until my own work was ready to be shared.

Then again, I may decide differently.

The dinner, a spread of homemade soup and salad and bread, was lovely. We talked about the Hutterites and much more. At one point, the conversation turned to the details of life at a military camp during World War I. I think you can guess how I felt when the Seattle writer turned to me and said, "I know someone who is a terrific source on the military during that period. He knows everything. I'd be happy to send you his name."

Duane C. S. Stoltzfus is a member of the faculty of the Communication Department at Goshen College, in Indiana. He may be contacted at: This email address is being protected from spambots. You need JavaScript enabled to view it..