Getting the News Out: The Ethics of Big Tech as News Distributor [Case Study] 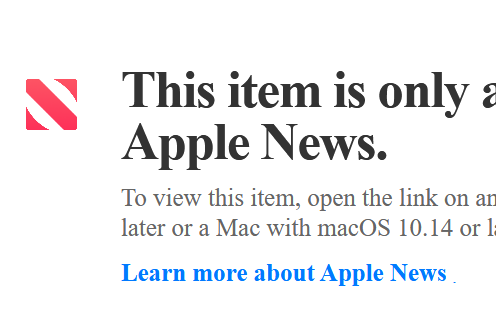 Center for Media EngagementStruggling to make profits in a saturated digital media sphere, many newsrooms are turning to third-party platforms to expand their readership. In particular, Apple has been one of the top news distributors for 10 years since billions of users access the Internet through the tech company’s popular devices. In 2011, Apple introduced the Newsstand app where users could pay subscriptions to individual publications (Gras, 2012). Describing news as a “fundamental experience to living on a mobile device,” Apple revamped Newsstand in 2015 to create a more interactive experience for both readers and publishers (Apple, 2015). This new and improved Apple news app allowed newsrooms to share select content with users free of charge in a more customized approach, organized by category and content. While newsrooms could still make money through advertising, they could no longer receive direct subscriptions from the site as they did with Newsstand. By 2019, Apple’s latest news app, Apple News+, solved this problem by introducing a new monthly subscription service. Unlike Newsstand, however, this subscription is only “$9.99/mo. Every article. Every issue. No paywalls,” and includes access to over 300 publications, including exclusive content from usually paywalled sources such as The Wall Street Journal (Costine, 2019). Furthermore, even with such a low fee, Apple is claiming as much as 50 percent of all Apple News+ subscription revenue. Despite the great partnerships Apple has offered thus far, many newsrooms now feel forced to make the difficult choice of whether to protect their profits and lose the additional readership or partner with one of the world’s largest companies at their own expense (Goodie, 2019).

Critics argue that Apple News+ is an attempt to control the content of publishers and profit from their readers. However, proponents say that the truth is far less insidious—the service is likely just a natural response to an industry-wide shift towards publishers increasingly relying on third-party distribution to reach an audience. “In this, Apple is just part of a trend toward a more distributed media ecosystem,” said Tow-Knight Center for Entrepreneurial Journalism director Jeff Jarvis on the launch of Apple News in 2015, a period coined by Nieman Lab as “the Year of Distributed Content” (Mullin, 2015). In spite of a publisher’s standard subscription revenue being slashed, Apple News+ may prove an ethical partnership in providing newsrooms with previously unreachable audiences. As of early 2020, Apple News was receiving 125 million unique users a month (Turvil, 2020). Early success has made future subscription revenue from Apple News+ seem all the more promising, leading many newsrooms to create new jobs. In response to Apple News+, The Wall Street Journal announced it would hire around 50 staffers to “meet the needs of the Apple product” (Miller, 2019). It could be argued that Apple’s lower subscription rate minimizes the financial barrier for many potential readers, considering the WSJ’s standard subscription rate is $38.99 a month. Dow Jones CEO and publisher of the journal William Lewis said the Apple News+ deal “will enable us to get our journalism in front of millions of people who may never have read our journalism before” (Lunden, 2018). Receiving interest from new audiences (such as young women), The Wall Street Journal’s owners described partnering with the platform as a “beneficial experience” (Soloman, 2019).

Furthermore, Apple’s Director of Design for Application, Wyatt Mitchell, revealed that everything on one’s personalized Apple News+ feed is curated by Apple News editors (Apple, 2019). While publishers can see what content is being read, they do not have access to other customer data, making it virtually impossible to track and target audiences (Celebi, 2019). Thus, unlike social media platforms controlled by algorithms, Apple News+ provides a more ethical experience by not stealing or allowing advertisers and other third-parties to track users’ data. Ultimately then, Apple News+ may prove an experience powerful enough to transform free-riding swipers into paying subscribers. After all, a plethora of quality, human-curated journalism for only 10 dollars a month is a fantastic deal difficult to turn down. Indeed, tech writer Caitlin McGarry described Apple News+ as “a solution for those who want to support journalism but not break the bank to read from multiple publications'' (McGarry, 2019). By allowing readers exposure to more news and possibly encouraging those who otherwise wouldn’t read the news at all, Apple’s product may prove to be an exceptionally empowering experience for both newsrooms and their readers.

Under these conditions, Apple News+ appears to be an ethical business deal between some of the nation’s largest companies. However, the newness of the platform leaves concerns of whether News+ has the longevity necessary for investing or is merely a temporary initiative on Apple’s part that will leave newsrooms frantically shifting their assets if it fails. For example, take Facebook’s “social reader apps” that allowed users to enjoy news all from within the Facebook app. Just as The Wall Street Journal, The Guardian, and other news organizations hired staffers to build these in-platform apps, Facebook completely shut down the project. In this way, relying on Apple News+ for revenue and readership could put publishers at the mercy of big tech (Costine, 2019). Moreover, although the platform is “particularly good at driving traffic” it’s also “particularly bad at driving money” (Turvil, 2020). Indeed, the “News+ revenue will be a drop in a bucket of iPhone sales” (Costine, 2019), but every last cent is often vital for the survival of small newsrooms. Compared to app developers who receive a 30 percent cut in revenue from the company, “Apple’s oppressive 50 percent cut” may not be a helpful option for these already struggling publications (Costine, 2019). Also, because Apple has blocked newsrooms from customer data in the name of privacy, publishers are stripped of many of the additional commerce opportunities on which they depend.

Besides concerns over compensation, further collaboration with third-parties may weaken a publication’s autonomy and therefore viability. The New York Times, for example, pulled out of its deal with the platform in 2020. “We tend to be quite leery about the idea of almost habituating people to find our journalism somewhere else,” said NYTimes CEO Mark Thompson (Mullin, 2019). With “no control of the placement of their stories, or direct relationships with their subscribers,” publishers must consider what they’re giving up in exchange for access to Apple’s massive audience (Celebi, 2019). Now that newspapers big and small have finally begun to see sustainable growth in readership online, third-parties like Apple News+ may be stealing quality journalism’s only chance to survive in the digital era (Mullin, 2019). Apple may have introduced News+ as “the best way to experience … quality journalism,” but what happens when that same initiative threatens the role of journalism in the first place (Apple, 2019)? “Apple News+ could decimate the revenue of a fundamental pillar of society we rely on to hold the powerful accountable,” said tech journalist Josh Costine, “yet to the journalists that surrender their content, Apple will have no accountability” (Costine, 2019).

Since no two newsrooms are exactly alike, experts say that individual publications must weigh the benefits and restraints of partnering with any third-party distributor for themselves. Although Apple’s News+ bundle deal could serve as an innovative tool for newsrooms to connect with new audiences, NYTimes CEO Mark Thompson argues that wide availability of free content is “not economically sustainable,” so readers should expect to see more and more quality content behind paywalls in future years (Turvil, 2020).

2. When can a mutually-agreed upon business deal violate one company’s ethical code?

4. Should news be free in a democracy? If so, who should support journalists, and at what ethical costs?

Lunden, I. (2018, March 12). “Apple Acquires Digital Newsstand Texture as it Doubles Down on Content ‘from Trusted Sources.’“ Tech Crunch. Available at: https://techcrunch.com/2018/03/12/apple-acquires-digital-newsstand-texture-as-it-doubles-down-on-content-from-trusted-sources/

Martin, E. (2017, May 22). “Publishers Make a Fraction of Revenue from Third-Party Platforms: Here’s What To Do About It.” E Content Magazine. Available at: http://www.econtentmag.com/Articles/News/News-Feature/Publishers-Make-a-Fraction-of-Revenue-From-Third-Party-Platforms-Heres-What-To-Do-About-It-116949.htm

Mullin, B. (2015, September 16). “Apple’s News, which launches today, is the latest in a trend toward distributed content.” Poynter. Available at: https://www.poynter.org/reporting-editing/2015/apples-news-which-launches-today-is-the-latest-in-a-trend-toward-distributed-content/

This case was supported by funding from the John S. and James L. Knight Foundation. These cases can be used in unmodified PDF form in classroom or educational settings. For use in publications such as textbooks, readers, and other works, please contact the Center for Media Engagement. Ethics Case Study © 2021 by Center for Media Engagement is licensed under CC BY-NC-SA 4.0