The Dominance of Falsehood 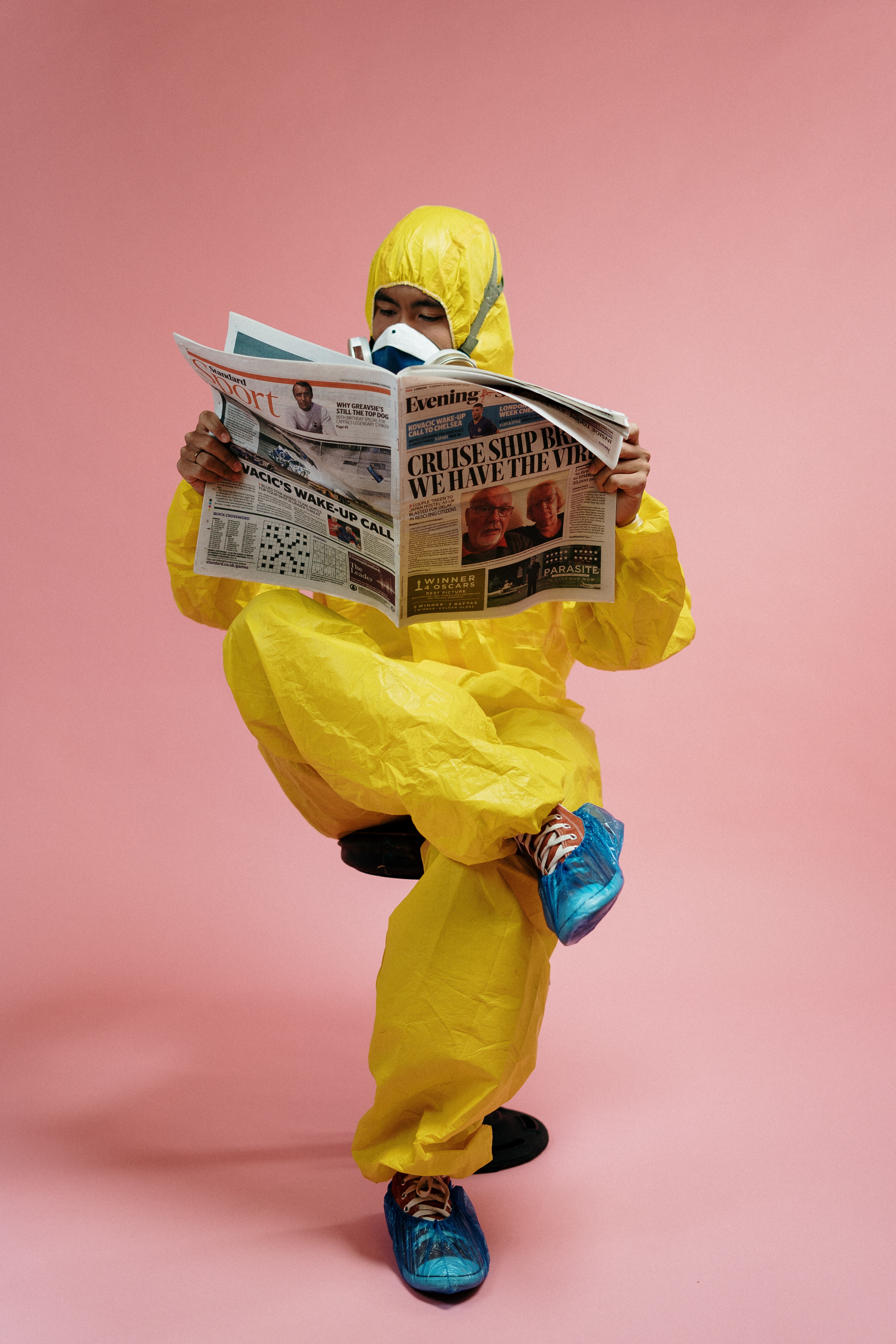 Photo by cottonbro from PexelsLanguage is society’s lifeblood, and under ordinary conditions, we presume that its members are speaking truthfully. Societies require truthful communication to function effectively in a complicated world. Without truth in government, among the police, in the news, documentaries and research, between teachers and students, in family life, we live in terror. We debate the different definitions that are used in various cultures, but the concept of truth is nonnegotiable. Without truth there is no trust and society’s institutions collapse. Truth is central to nearly every version of communication ethics in the world, even if it is not followed rigorously in practice. This is a paragraph of generalizations and commonplaces, but scholarship in the humanities and research in the social sciences affirm their veracity.

For the U.S. 2020 election, the cruel reality is truth’s opposite—the dominance of falsehood. Truth is always a casualty in multi-billion dollar political campaigns, with their finances facing few legal restrictions. However, this year falsehood was overwhelming in scope and scurrilous in depth. This is my thesis: The massive truth-denial of the social media and the false equivalence of the mainstream media were determining factors in this year’s election. As I develop this thesis below, it should be obvious that I am not advocating technological determinism; this fallacy would make technological forms (digitalization, for example) the overriding explanatory rationale. I recognize throughout that the research at this early stage is not definitive. Should in-depth scholarship indicate that actually truth prevailed overall in political communication during this election, I will celebrate those findings for democracy’s sake. I’m critical of the DNC’s weak infrastructure plan; and its messaging, I believe, was not broad enough to engage the electorate. However, at this early post-election stage, these issues are not as definitive as the dominance of falsehood.

For brevity’s sake, and at the expense of the specificity that book-length analyses require, falsehood is the generic term for the various types of communicative un-truths in the social media such as lies, conspiracy theories, disinformation (purposely incorrect information), misinformation (incorrect information), rumor, stigmata, and ideological pronouncements. Where specified in the research cited, the relevant form of communication will be identified.

MIT researchers (Melissa Mauro, Thrive Global, 09/23/2020) examined 126,000 news stories tweeted by 3 million users about 4.5 million times. “Falsehood diffused significantly farther, faster, deeper, and more broadly than the truth in all categories of information. It took the truth about 6 times as long as falsehood to reach 1,500 people.” This misinformation was tweeted by ordinary people, not bots or algorithms. The August 19, 2020 MIT Technology Review quoted the human rights NGO Avaaz, that health misinformation received an estimated 3.5 billion views on Facebook between January and May (2020). As reported by ABC News on October 13, 2020, the German Marshall Digital Fund claimed that false political entries on Facebook had increased 102% from 2016 to 2020.

A November 19, 2020 article in Vox by Shirin Ghaffary (www.vox.com/recode21574293/social-media-latino-voters-2020-election) is a systematic account of my thesis. While more complete demographic data on voter turnout are needed, analyses to date indicate that online misinformation about the Biden candidacy played a major role in Latino support for Donald Trump. Research is seeing “alarming amounts of misinformation about voter fraud and Democratic leaders being shared in Latino social media communities.” Misleading narratives appeared on Facebook, Twitter, and YouTube platforms, and in closed chat groups such as WhatsApp and Telegram. Misinformation on Biden ranged from “exaggerated claims that he embraces Fidel Castro’s socialism to more patently false and outlandish ones, for instance that the vice-president supports abortion minutes before a child’s birth.” Concludes Professor Sam Woolley of the University of Texas Austin, “What I’ve seen during this election looks to be a multifaceted misinformation effort seeking to undermine Biden’s and Harris’ support amongst the Latino community.”

This same misinformation impact points to the strength of Donald Trump’s election gains, and to the House and Senate races. The surprising loss of down-ballot Democratic House seats to Republicans and weak results for Democrats in Senate races, suggest falsehood at work in the social media. Democratic House Representative Debbie Mucarsel-Powell, a first-generation Latina who lost her Florida reelection campaign, has publicly concluded that “a targeted disinformation campaign” was a main reason for her loss (see Vox, 11/19/2020). For the contested Senate races, the RNC and local PACS generated a misinformation avalanche in each state (Biden is a radical socialist, defund the police, fracking, destroy oil and gas, etc.) that forced this presidential agenda on Democratic Senate candidates and blurred their own.

The two paragraphs above illustrate the social media side of my thesis. It needs to be understood in parallel with the false equivalence of “both-sides” journalism. The conventional wisdom in U.S. newsrooms is neutrality: news organizations will lose credibility unless they maintain the neutrality of not choosing sides. Dean Baquet, the New York Times Executive Editor, argues for “sophisticated true objectivity” that stipulates neutrality for reporters, and mandates readers to determine falsehoods. The attachment to neutrality of “both-sides-ism” is considered essential for journalism’s effectiveness over the long term.

While the debate over neutrality continues, the false equivalence of reporting disinformation as equal to researched truth telling reflects deference to power and a sterile reliance on official sources. President Trump’s lies, 41 times over 4 years, that he initiated a Veteran’s policy that President Obama began in 2014, does not merit a headline or one-half of a news narrative. Campaign rallies in which Fact Checkers locate 146 lies and endless exaggerations and insults, do not deserve news coverage. It is an ethical abuse of the truth standard in every known code of ethics to report on press briefings by the Whitehouse Press Secretary in which no facts or honest statements are made and unwarranted malicious attacks on opponents are commonplace. False equivalence in neutrality journalism has been seriously studied and critiqued, so these suggestions are sufficient in this context for supporting the thesis that falsehood is a key factor in understanding this year’s election.

My thesis, that the dominance of falsehood has priority in explaining the 2020 Election, has been justified with illustrations. In addition, the weightiness of falsehood comes from its seriousness as a structural issue for the news media long term. Digital technologies will continue to grow exponentially, and no control mechanisms have been tried or imagined that make falsifiers accountable. The transformation of sociological propaganda into the news of authentic disclosure requires offline trust-building, which is a dream world for competitive professionals ensconced in market ratings. Perhaps The Atlantic and NGOs committed to media reform will show us the appropriate path forward.