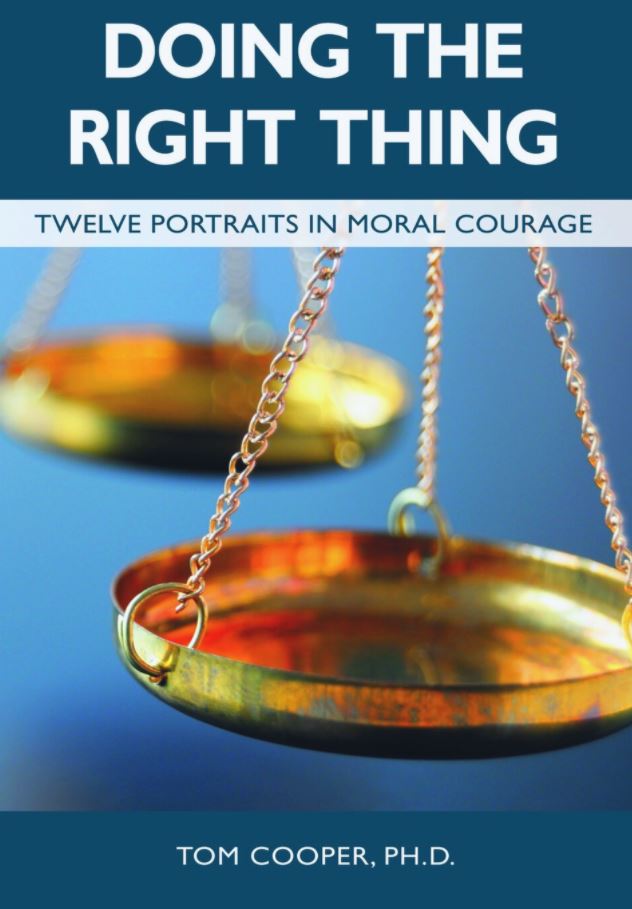 We all make moral choices in life and are affected by the choices made by others. These decisions are always in our lives, impacting us and our environments in small or extreme levels. And these decisions are usually shaped by one’s family culture, school, religion, philosophies and ideologies, and similar determining factors. This leads decision-making to become rather a complex process than something to be managed by generic rules.

Even more importantly, how do we make moral decisions when we face dilemmas in life? On what do we base these choices at ethical crossroads where the decision will have crucial outcomes? Herein, we might also think what is unethical. Even then sometimes the question is what we do when the crossroad is not split between a good and a bad choice but instead it forces us to choose between “two goods, two evils, or two unknowns” (p. 1)? Whether it is simply the heart or the logic, people follow a set of values in decision-making. However, ethical decisions are complex and need to be analyzed systematically with a theoretical structure.

Tom Cooper, a professor of Visual and Media Arts at Emerson College, provides us with this very theoretical structure in his 2020 book Doing the Right Thing. The book presents case studies based on twelve exceptional individuals in every chapter that set forth some of the toughest ethical decisions ever made by famous leaders, who are ultimately imbedded in the course of history. The author invites the readers to learn from historically relevant examples of these individuals remarkable for their decision making under dire conditions. These include relatively more familiar names such as Mohandas Gandhi, who practiced passive resistance for the independence of India, and Marie Curie, who stood her ground against chauvinism and discrimination in order to contribute to science and humanity by studying radioactivity, supporting women scholars and honoring her family. Professor Cooper also re-introduces to his readers Nelson Mandela, a true revolutionary who fought against the racist corrupted regime and believed in Ubuntu, great collective connection and compassion. While Mandela had fought against segregation, another person whose decision-making is studied by Cooper is William Wilberforce, the leader of the movement to abolish slave trade in the UK. In addition to this, the author continues to speak of women of strong will-power such as Queen Ester of Babylon, who made a life-threatening decision to save the Jewish nation in ancient Persia under a camouflage name, and Malala Yousafzai, who despite her young age, stood up against Taliban and championed young girls and women, and universal education. Not least, the book also brings to the spotlight invaluable stories of John F. Kennedy, Socrates, John Adams, Harry Truman, Rachel Carson, and Edward R. Murrow.

The diverse cases presented by Tom Cooper feature the aforementioned men and women who are from eight different ethno-linguistic groups with distinct cultural backgrounds and lived in twenty-five countries. This makes the book a timeless guide. The common goal of these leaders was to create a non-discriminating, non-violent, and peaceful space in the world. Many formidable moral decisions were made along their paths that changed history for all of us.

The world we live in today is a consequence of many choices made in history. Just like the butterfly effect, Cooper suggests (p. 4): “We might all be speaking another language, or never have been born, had history been sculpted by different human choices.”

Our decisions may or may not alter history but in families and committees which the writer calls “micro-societies” (p. 278), they can still be essential and have the power to positively influence people around us. So how can we learn from these portraits and apply their decision-making approaches to become better difference-makers ourselves? Cooper deconstructs the ethical dilemmas experienced by these figures and analyzes them with ten key factors in each chapter. These are notions of fairness and justice, impact or consequences, ends and means, tone and atmosphere, motivation and higher law, allegiance and loyalty, values and principles, cultural context, implications, and proportion and balance. Cooper conceives these ten key factors as the hidden assumptions and principles which effectively inform ethical decision-making (p. 24).

Throughout the book, Dr. Cooper takes into account these factors to investigate and apprehend moral decision-making process.

Along with these determining factors which are rooted in codes and trainings of decision makers, The author asserts that how visions are realized to effect change is after all what is most important. Cooper further explains (p. 13):

It has been demonstrated repeatedly that codes and trainings are only as effective as those who model and implement them. […] it is demonstrated in the case studies within this book that while training, vision, and background are important, it is ultimately how that vision was implemented during a perturbing crisis that mattered.

Implementing such visions for Gandhi, Mandela, Esther, and Malala began with a sense of the notions of fairness and justice that outshined their cultures and governments (p. 10). For instance, values and principles in Queen Esther’s journey were driven by “the feminine values of care and compassion” that opposed and overcame “the patriarchal values of ambition and authority” (p. 47). Tom Cooper also examines whether these leaders’ decisions have more weight on either the ends or the means. Most figures, including Ghandi advocated the primacy of the means: for him, non-violence and peaceful means came first (p. 140). As such, a choice may be motivated by higher law or greater good. To echo Cooper, Mandela believed that South Africans should have the rights to “freely associate, marry, work, and elect and critique their own government” and these rights were “non-negotiable and subject to a higher law than the law of white magistrates” (p. 236).

Doing the Right Thing is the kind of book that genuinely motivates the reader to generate ideas and question personal and social conflicts. While making ethical decisions can be difficult and taxing, there is a lot of room to learn and grow both intellectually and emotionally in that uncomfortable place of having to overcome ethical dilemmas. As Cooper demonstrates, the heroes featured in this book, who opposed the status quo in most cases, set out to implement societal changes and eventually achieved their goals despite all the adverse conditions they had to face. We can therefore learn from their experiences and find inspiration in their wisdom and tenacious efforts, which have hints to ethical introspection for all of us.

Extensive historical content of Doing the Right Thing, which spans from 5th century BCE to our modern day, allows the book to be a universally applicable guide for those who would like to take advantage of Professor Cooper’s analytical categories and methodology. While there is no doubt that the book serves a beneficial source to both researchers and scholars of ethics and history, it also relates to general readers and their everyday lives. In doing so, the author also invites us to broaden our horizons and rethink what we may be taking for granted while making decisions. Cooper’s analysis may one day help some of us to achieve ethical victories that will change the world. I therefore recommend the book to everyone who may take interest in Tom Cooper’s fluent narrative of leaders who brought about ethical change.