Does Media Addiction Mask Adaptive Media Use? The Case of Media Sensory Curation 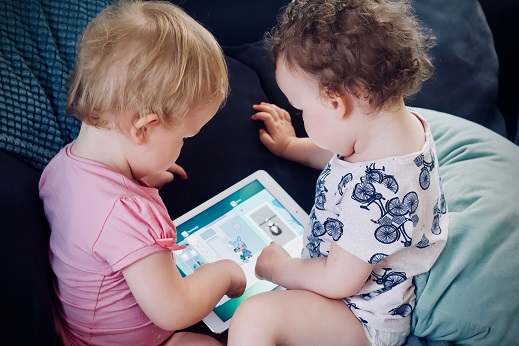 HarrisonIn a nation whose citizens use screens from infancy (Rideout, 2017), child media addiction is viewed as a real public health crisis by some and another moral panic (McRobbie & Thornton, 1995) by others. Despite this disagreement, most researchers agree that heavy child media use is a major problem for many families. Problematic child media use (Domoff et al., 2019) has been measured with items like “Screen media is all that my child seems to think about” and “My child’s screen media use causes problems for the family.” Scores on this measure are positively correlated with frequency of parent-child media conflict, independent of screen time (Domoff et al., 2019, Harrison et al., 2018). This is not surprising since the measure reflects parental perceptions of the “badness” of child media use. A given media diet could be viewed as problematic by one family and unproblematic by another. Thus, problematic media use, and therefore addiction, cannot be reduced to the metric of screen hours alone; it reflects a subjective value judgment based on parental and societal expectations of what is reasonable and what is disruptive.

My goal in this commentary is not to settle the disagreement over whether child media addiction is a public health crisis, but to introduce the possibility that media devices supply gratifications not previously specified in media research—including somatosensory regulation (Harrison et al., 2018)—and that such gratifications may render media engagement adaptive in ways that are not widely recognized by researchers or parents. By focusing ecologically on child media use within built environments normed for adults, I explain why sustained media use might help children maintain sensory regulation in these environments, and why taking away screens without supplying alternative means of sensory regulation could make family media conflict worse.

Children and the Built Environment

Beginning with the assumption that every activity in a given environment is a tradeoff between that activity/environment and some other activity/environment, media use is a choice among a finite set of alternatives over a finite period of time. If children’s daily media use is extensive, it is logical to ask what alternative non-media activities and environments are available to the child. If sustained media use offers relief in an uncomfortable environment, it might be considered rational coping behavior and even self-care. Addiction has been defined in medicine as “Compulsive, uncontrollable dependence on a substance, habit, or practice to such a degree that cessation causes severe emotional, mental, or physiological reactions” (Mosby’s Medical Nursing and Allied Health Dictionary, 1998, p. 321). When a child transitions from a state of sensorimotor comfort to discomfort, an adverse reaction is to be expected, and may even resemble “withdrawal” from an addictive substance.

What, then, is life like for children in the contemporary built environment? Adults decide for the most part where and when children eat, learn, play, socialize, and sleep. Our choices may be uncomfortable for children since the built environment is normed for our bodies, not theirs. Moreover, the sensory intensity of the built environment is increasing. For instance, recent research showed that contemporary high-speed hand dryers in public bathrooms are louder at the level of a child’s ears than the level of an adult’s ears, and exceed the maximum allowable noise level for products meant for children (100 decibels in Australia; Keegan, 2019). Children must manage, using whatever tools they have, an increasingly uncomfortable sensory environment that they cannot escape without adult permission. Fortunately for them (if not their parents), the majority of children under age 8 have access to media devices that supply their own sensory input (Rideout, 2017). It would be surprising if these children did not discover that such devices can be used as tools to block and replace auditory and visual input in the environments they inhabit in daily life.

To study media use for sensory regulation, my colleagues and I defined media sensory curation (Harrison et al., 2018) as high selectivity with respect to the sensory qualities of the media content, settings, devices, peripherals, and environments children select and arrange during media use. In a sample of over 700 parents of children ages 3 to 14, we found that about 20% of children were avid media sensory curators; these children were also more sensitive to non-media sensory input (Harrison et al., 2018). Consider the scenario of a child at a wedding. The event is loud with plenty of visual stimulation. The seating is uncomfortable and there is much unwanted touching. Clothing may be itchy or restrictive. The adults are wearing cologne or perfume. The food is new and unpalatable. A child experiencing sensory dysregulation in this environment retreats to a corner with a tablet or smartphone, hiding under a coat or blanket to block the light and noise and replace them with sensory input that is predictable and manageable. What the child’s parents view as embarrassing antisocial behavior may feel sanity-saving to the child. Since many media devices are mobile, the resourceful child will discover that these devices can be used across settings and activities to modify sensory input and make daily life a little more bearable across environments.

Video games are widely considered the most addictive of media. In 2018, the World Health Organization added Internet Gaming Disorder as a condition for further study. Long before this, Sherry (2004) speculated that video games stand out among media genres for their capacity to produce and sustain flow states (Csikszentmihalyi, 1997). Flow is experienced as a sense of transcendent wellbeing and is characterized by compatibility between the challenge of a task and the skill of the player. Too little challenge for the skill set produces boredom; too much produces frustration. Video games are engineered to scaffold player skill building by adding challenge incrementally, so flow is sustained during play.

This helps explain the appeal of video game play as a cognitively engaging activity. However, there is another aspect of flow that explains the appeal of sustained video game play as an activity for maintaining sensory regulation. Flow is associated with a feeling of complete absorption in the task at hand and pleasurable disconnection from outside stimulation. People in flow states report being unaware of ambient noise, changes in lighting, hunger, thirst, even the passage of time. Thus, video games and other absorbing media can aid sensory gating. Sensory gating is the brain’s ability to block irrelevant or unwanted sensory input to focus on the task at hand (Cromwell, Mears, Wan, & Boutros, 2008). Impaired gating is unpleasant and produces a sense of overload. Sensory input from the built environment, normed as it is for averages, is more easily gated by some people than others (Chen, Li, Smith, Xiao, & Wang, 2011). People with autism, obsessive-compulsive disorder, and higher scores on measures of divergent thinking and creativity tend to have more “leaky” sensory gating (Ahi-nan, Risbrough, Geyer, & Simpson, 2012; Perry, Minassian, Lopez, Maron, & Lincoln, 2007; Zabelina, O’Leary, Pornpattananangkul, Nusslock, & Beeman, 2015) and might find relief with media that modify sensory input. Headphones can be used to replace unpleasant sound with pleasant music, to cancel ambient noise altogether, or to engage the user in such an absorbing processing task (e.g., listening to complicated music) that a flow state is induced and the brain’s ability to gate unwanted sensory input is enhanced. Other media devices and peripherals function similarly.

Children with diagnoses like autism spectrum disorder (ASD), attention deficit hyperactivity disorder (ADHD), and sensory processing disorder (SPD) should be especially attracted to media for sensory regulation given the greater frequency of sensory disorders observed among these populations (Lane, Reynolds, & Dumenci, 2012). Stiller, Weber, Strube, and Mößle (2019) gathered reports from children with ASDs and found that wellbeing (“Reduction of stress/tension, occupation, balance, fun, focus, calming down, timeout, vegging, everything to get lost in it”) was the most frequently reported media gratification.

The built environment is especially unaccommodating for neurodivergent children, who might regard media that support sensory regulation as critical for sustaining a sense of wellbeing. Harrison et al. (2018) found that children with sensory-related diagnoses used more screen media and were more avid media sensory curators than other children. However, compared to other children, children with sensory diagnoses also experienced more parent-child media conflict, and their parents regarded their media use as more problematic. Ethnographic research (Koniski, 2018) with families in Los Angeles identified three themes in the parental schema of problematic child media use: First, other activities are prioritized and media use delayed; second, media use is framed as a privilege or reward; and third, children are not to be trusted to regulate their media use independently. To the extent that children are using media to support sensory regulation, this parental perspective places kids in a bind, having to position their own self-regulation in opposition to their parents’ view of screen time as an unhealthy indulgence.

This commentary has focused primarily on sensorimotor regulation and comfort as benefits of media use in chaotic built environments, but there are other reasons to respect children’s efforts to maintain their own sensory regulation. Williams and Shellenberger (1996) presented a pyramid-shaped model of child learning whose base was sensory. If the sensory environment is regulated, perception and learning can follow. In this model, children’s attempts to maintain sensory regulation using whatever tools are available constitute efforts to support their own learning.

So, is heavy child media use an unhealthy indulgence and potential addiction, or is it sensory self-care and an investment in learning that should be honored and respected by parents? The answer is somewhere in the middle, depending on the child. Few would argue that the child who refused to pause a video game long enough to attend to toileting concerns and consequently damaged his bowel and bladder (Hymas, 2018) was engaging in self-care. Moreover, no matter how regulating it feels to the child, media use will never be a suitable replacement for activities (e.g., sleep) that are essential to development and growth. My point is that, instead of automatically pathologizing and restricting all screen time, parents and caregivers should try to understand the sensory gratifications children may be obtaining from media and use that information to identify and construct non-media environments that provide similar sensory support. The goal is to give children a choice between media and non-media activities so their “wellbeing toolbox” comes to contain much more than screens.

Hymas, C. (2018, June 20). Duty of care: Boy, 10, so addicted to video games he stopped going to toilet to stay online and damaged his bowel. The Telegraph. Retrieved from https://www.telegraph.co.uk/news/2018/06/20/duty-care-boy-10-addicted-video-games-stopped-going-toilet-stay/

Williams, M. S., & Shellenberger, S. (1996). How does your engine run?: A leader’s guide to the alert program for self-regulation . TherapyWorks, Inc.