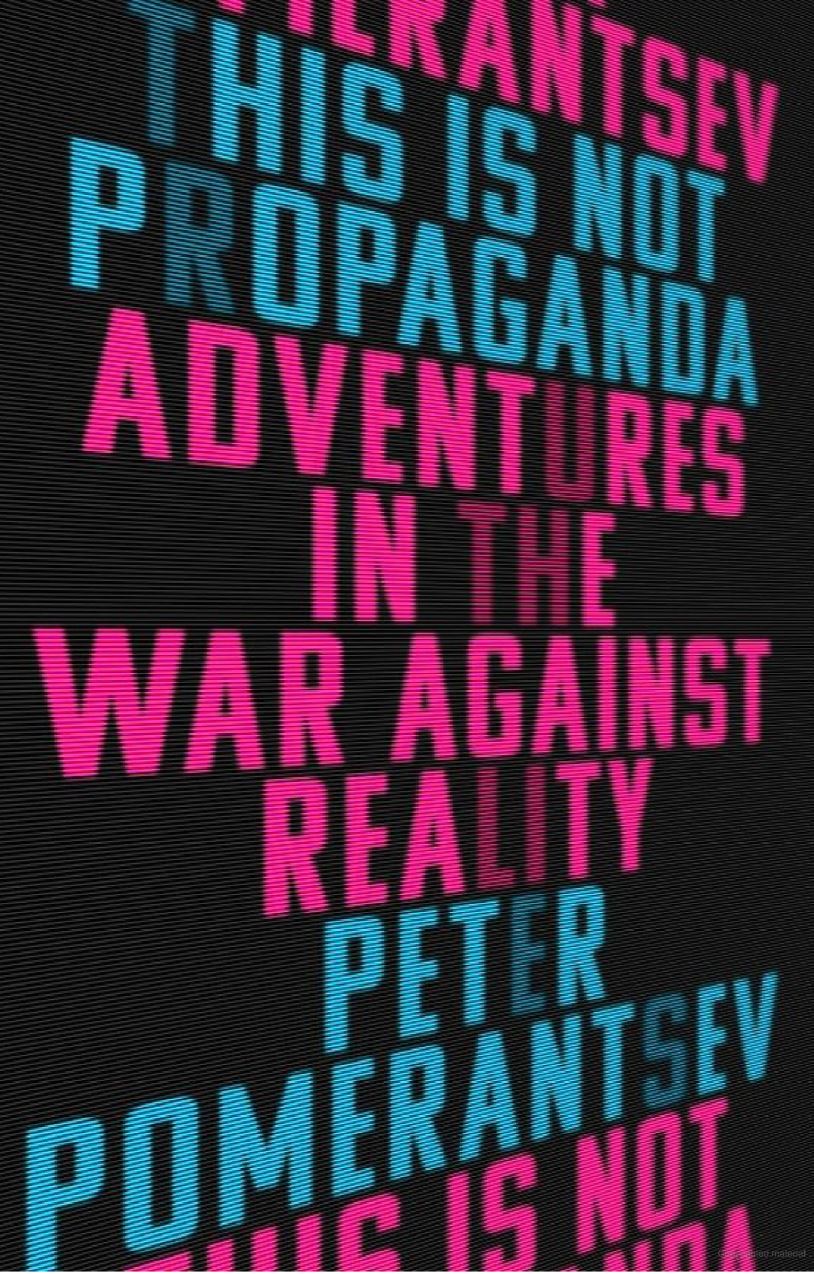 It is easy for inhabitants of this digital age to say that the world has no hold on truth. We look to politics and often see lies without repercussions, at least not real ones. We look at the abundance of “fake news” and even the use of the term itself—which is so varied in context and intention that it is effectively stripped of real meaning—and it is clear that in many cases, the truth does not matter.

Misinformation and disinformation are real. This is not a difficult conclusion to reach, nor support, given the multitude of evidence supporting it. It does, however, take significant thought and research to delve into this phenomenon below its surface, to consider it as a whole rather than characterize it by its most visible traits.

Enter Peter Pomerantsev with his 2019 (Aug. 6) book This Is Not Propaganda. Pomerantsev explores the state of information in a digital age, analyzing different forms that disinformation and misinformation can take as well as their impact. Pomerantsev’s lens is not limited to the surface: While the information issues that dominate the headlines—Donald Trump’s tweets, Russian interference abroad, “fake news” in media and politics—are discussed, Pomerantsev digs far deeper into the problem to uncover the typically hidden ways falsehoods shape modern lives.

In its first five chapters, This Is Not Propaganda explores the use of information to control, manipulate, define, or fight individuals and groups. Its sixth and final chapter considers potential realities of the future given the tendencies of information in a tech-driven world, as discussed in previous chapters.

Throughout the book, Pomerantsev supplements his research and interviews about the modern day with anecdotal evidence from his family’s history; Pomerantsev’s Russian parents experienced KGB information control firsthand before they moved to the United Kingdom. The sections relating to his family history are in italics, separate from the other information within the chapters. These sections effectively serve three purposes: add color to the book, demonstrate the contrast between modern information manipulation and that used prior to modern technology, and highlight the concepts and motivations that have remained the same throughout those changes. Readers are not fed these connections either: they are for the most part left to determine the connections between the present and the past on their own.

Pomerantsev’s depth is partly owed to his wide range of sources. His global outlook on information is a welcome change from works that exclusively consider Western culture (more specifically the United States, occasionally including the United Kingdom). As outlined in his preface, his source materials range from the Philippines to Latin America to China. Different parts of the information economy are considered, rather than just those parts experienced by people in more developed countries. This is essential to painting an accurate picture of the problem.

Many people view modern information issues as black and white, with information manipulation being seen as inherently and exclusively corrupt and evil. Pomerantsev shatters this view in his astonishingly three-dimensional analysis of these issues. While he discusses the victims of misinformation and disinformation, as well as those who fight against it, Pomerantsev also interviews people involved in its production. His portraits of these individuals capture them not as heartless villains, but as people with complex motivations and ideas. Insight into these motivations not only provides readers a better comprehension of the problem and how to counter it, but also understanding of gray areas and points of controversy related to information in the modern age.

What is the morality of information manipulation when it is used in support of a righteous cause? How should information attacks against members of the media or protest groups be handled, and are there people who are “fair game” for this type of attack? To what extent is disinformation an exercise in freedom? These ethical questions are among those considered by Pomerantsev throughout his book, all supplemented with specific scenarios.

The identities of those impacted by misinformation/disinformation are not blurred or ignored, but are considered and included, rendering it difficult for readers to separate them from the rest of the equation. Pomerantsev’s person-based approach is effective not just in increasing audience interest but also in forcing them to see beyond the statistics, which are easy to become blind to.

This is Not Propaganda succeeds at capturing audience attention and maintaining it, being an enjoyable read whilst being genuinely insightful and useful. Everyone is impacted by information manipulation, whether they are actively aware of it or not. Pomerantsev develops this idea expertly and manages to answer the question tucked in the back of many readers’ heads: “Why should I care?”