The #MeToo Moment: Social Movement and Challenge for Media Ethics 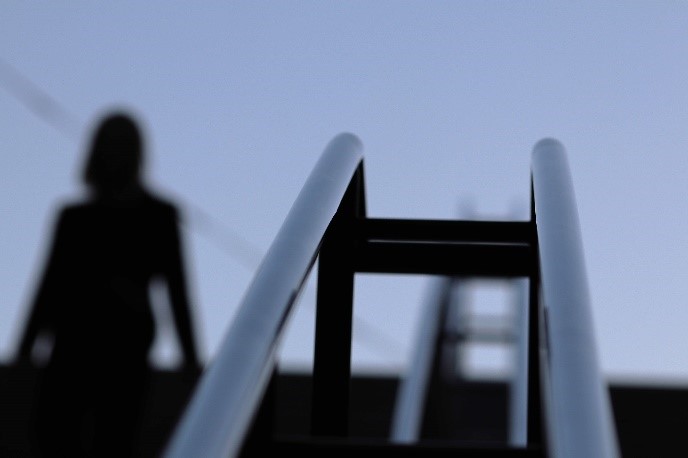 The #MeToo moment encourages those of us who practice and those of us who teach media ethics to strive for our best. The Society of Professional Journalists tells us that media professionals need to seek truth, minimize harm, act independently, and be accountable. In this Forum, we address the role of media coverage of the #MeToo movement in bringing truth to light—both the truth of the individual accusers and alleged perpetrators and the larger truths of our society. We look carefully at the ways that harms can follow from media coverage of these traumatic claims. And, as we reflect on our work, we encourage similar reflectiveness as we address #MeToo with both independence and accountability.

Overview of the Pieces

We divided this Forum into three sections. The first section introduces readers to #MeToo on an international scale. The second section illuminates dimensions of the #MeToo movement that are erased in much media coverage: issues of race and of the cultural roots of sexual violence. The final section offers some critique and paths forward.

While some editors might pretend toward objectivity, at moments, in this introduction, we may slide into the position of allies and advocates for the #MeToo movement, which we define two ways. We will at times talk about “the #MeToo movement” and at times about “the #MeToo media phenomenon.” By the former, the “movement,” we refer to media, legal, and social practices—from tweets to lawsuits to protests. By the latter, the “media phenomenon,” we refer to the media practices around #MeToo. These media practices include both social media as well as broadcast, print, and other mass media accounts.

In the first section, we look at three pieces that demonstrate the international resonance of the #MeToo movement and the #MeToo media phenomenon.

Our contributors span from Asia to North America, across to Eastern Europe. In Korea, Songyi Park tells us, the #MeToo media phenomenon was shaped by the Journalists’ Association of Korea, the National Human Rights Commission of Korea, and the Ministry of Gender Equality and Family. Park is critical of the Korean media, telling us that they “violated their own guidelines when reporting,” and in mapping out that case for readers of Media Ethics, Park gives us much to think about.

Cooks and Zenovich place the #MeToo movement within the context of trials for war crimes at the International Criminal Tribunal for the former Yugoslavia (ICTY). The consequence of these trials was more than justice for the individual victims of rape: “At the ICTY, 16 witnesses who said ‘me too’ performatively shifted from silence to voice their traumas, making their experience available for transnational scrutiny and global discussions about rape survivors, much like #MeToo.” While the consequences of their testimony can never be controlled by those who survive rape, the difference in voice with #MeToo rests in its mediation, its accumulation of articulation beyond the judicial system, and its relational enunciation of “also me.”

The enunciation and interpretation of voice in #MeToo of course varies across contexts and cultures. Elza Ibroscheva warns us that “women in Eastern Europe remain trapped in a public climate and a media space that doesn’t recognize the structural roots of sexual power as a tool of control and manipulation, therefore, rendering the ‘Weinstein’ monster a rare oddity of the West and transforming #MeToo into the more credible and deafeningly reassuring #NotMe.” One of the themes of this Forum will be that our work is just beginning. Park tells us that #MeToo grew roots in South Korea: “the #MeToo movement had spread from the South Korean legal world to its culture and arts communities and beyond.” As the movement finds roots, those roots need nourishment and cultivation.

What Is Erased in #MeToo

The erasure of race begins with oversimplified narratives that begin the movement with Alyssa Milano. Tara L. Conley points us to the origin in the writings of Tarana Burke: “In 2006, I launched the #MeToo movement because I wanted to find ways to bring healing into the lives of black women and girls. But those same women and girls, along with other people of color, queer people and disabled people, have not felt seen this year.” Conley reminds us that the movement “started when a girl of color decided to tell her story and a Black woman was there to listen,” and as media professionals, we are exhorted to remember that.

The erasure of the cultural roots of sexual violence begins with the focus on Harvey Weinstein (instead of upon the culture and institutions that create and enable his behaviors). Valerie Wieskamp tells us that “too many news articles focus on individual perpetrators. By focusing on the crimes of famous men with large numbers of accusers, like Harvey Weinstein or Bill Cosby, the news media miss an opportunity to lead national conversations on the sociocultural roots of sexual violence.” Wieskamp invites readers of Media Ethics to take advantage of that opportunity.

Both of these essays, then, remind us that the #MeToo media phenomenon has only partially lived up to its promise.

The energy and attention that follows both the #MeToo movement and the #MeToo media phenomenon may not be enough to enact lasting structural change. My colleague, Ava Francesca Battocchio, reminds me that the #MeToo media phenomenon finds some of its energy because the system for seeking justice has failed. She says that “the allure of openly identifying an abuser in public is a substitute solution for justice, to correct the failures of criminal, civil or academic institutions.” We want to correct those failures, but the media may not be enough.

Readership, viewership is not the same as power. Danger Riley reminds us not to believe “that media coverage is synonymous with political power,” noting that in the #MeToo era, coverage is “a reflection of audience interest, not a demonstration of power.” Power is a set of gears and engines that are outside the number of Twitter followers a celebrity might have. According to Riley, one cannot be an activist “simply by participating in the conversation through consuming media and expressing oneself on social media.” Activists in the #MeToo movement need to act “IRL” (in real life).

Speaking out, as a survivor, is difficult, and the outcome is uncertain. In their contribution to this Forum, Cooks and Zenovich remind us that “the act of saying or posting #MeToo does not guarantee any deliverance of justice”—but still, these women speak. Beyond the risk of not being believed, or heard, or never seeing justice served, the speaker in the #MeToo movement runs risks of being retraumatized by the experience.

This possibility of hurt creates an ethical imperative: according to Ryan Skinnell, “people involved with and supportive of #MeToo need to be keenly aware of the distinctive effects on victims as a consequence of such public exposure.” Friends of the #MeToo movement cannot only encourage women to tell their stories; we must be present to support them in the aftermath.

The impact of #MeToo as a movement and as a media phenomenon has been immense. But beyond attending to that single voice, the #MeToo movement invites further action, too. There are several action steps ahead for educators and practitioners, for the readers of Media Ethics, in the classroom and the newsroom.

In the classroom: Leung and Williams exhort us “to take action, from sharing their own stories to proposing changes to policy and law to address the elements surrounding sexual harassment and violence within the K-12 education community.” This is the kind of rich agenda for change needed after we have learned the limits of #MeToo as a purely media phenomenon.

And within the newsroom, for the practicing media professional wherever they work, the imperative is even larger. Valerie Wieskamp reminds us that we need to go further than telling the stories of victims and perpetrators. Indeed, she claims, “given the media’s role in guiding public opinion, it is an ethical imperative that more news sources bring the rich body of research on gendered violence into their reporting.” This advice feels well-grounded whether we speak of Korea or Eastern Europe or the United States.

Better coverage of #MeToo events will be better journalism; as the author of #17 reminds us, “journalism has the moral task of portraying one of the most uncomfortable, messy, dizzying, destructive and far reaching problems of our time, with clarity and compassion.” As the editors of this forum, we hope we give readers of Media Ethics some tools for finding clarity and compassion in their own work.