Media Sensationalism in the #MeToo Movement and Its Shaping of the Innocent Victim Frame in South Korean Online Communities: The Case of Ahn Hee-jung 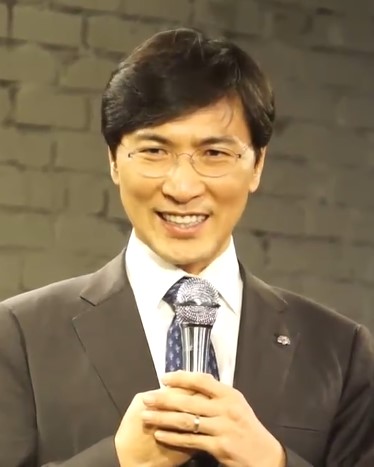 In January 2018, the worldwide #MeToo movement had reached South Korea when Seo Ji- hyeon, a prosecutor in the Tongyeong branch of the Changwon District Prosecutor’s Office, appeared on the country’s most popular news show, JTBC Newsroom, and revealed that she had been sexually harassed by her former bureau director, Ahn Tae-geun. Before long, the #MeToo movement had spread from the South Korean legal world to its culture and arts communities and beyond. It was surprising to see that the #MeToo movement took hold in socially conservative South Korea (Bicker, 2018, March 26).

Of the many subsequent #MeToo cases, this essay will focus on the case of Ahn Hee-jung, the former Governor of South Chungcheong, for several reasons. First, it is the country’s highest-profile #MeToo case, since Ahn was regarded as one of the strongest presidential contenders before he was charged of raping his secretary, Kim Ji-eun, four times over the course of eight months. Kim argued that the fourth rape occurred even after Ahn had asked Kim if she would “do #Me Too” about this incident. Second, his case was the first #MeToo case sent to the Korean court. Third, this first #MeToo case ended disappointingly for #MeToo campaigners, because Ahn was found not guilty on all charges on August 14, 2018. Finally, media coverage of this case was practically a catalog of various types of problematic coverage of alleged sexual crimes. More specifically, media coverage of Ahn’s case demonstrated the ways “the myth of the pure, innocent victim” is constructed (Kim, 2018, July 22; Korea Women’s Association United, 2018, July 26), and this framing was disseminated through various online communities so as to guide public opinion.

To explain the types of problematic media coverage of Ahn’s case, it will be useful to refer to the guidelines for reporting sexual crimes created by the Journalists’ Association of Korea together with the National Human Rights Commission of Korea and the Ministry of Gender Equality and Family. The Korean media violated their own guidelines when reporting on Ahn’s case. First, the guidelines require that the media should reject sensationalism by not reporting details of the alleged sexual assaults to prevent them from invading the victim’s privacy. However, most newspapers, including major ones such as Chosun Daily, Joongang Daily, and Dong-a Daily, created sensational headlines that violated Kim’s privacy (e.g., the medical diagnosis of bleeding due to forced sexual intercourse, which was revealed in the first trial of the case on July 2, 2018).

Second, the guidelines forbid reporting on irrelevant aspects of the victim (e.g., occupation, habits, marital status, clothing, whether he or she had consumed alcohol during the event, etc.) because it may make readers/viewers think that the victim may be responsible for the assault. However, previously sympathetic public opinion towards Kim waned when the media reported that she was a divorcée. About a decade ago, Na Hye-seok, a pioneering Korean feminist painter and writer, wrote in her article “Confession of Divorce,” published in the magazine Sam-cheon-ri, that chastity was demanded only of Korean women, while Korean men faced no social condemnation or shame for their sexual activities outside of marriage (Kim, 2017, November 22). The stigma attached to divorcées has not yet departed from Korean society, and it still impacts public opinion of the victim of this #MeToo case. As three protestors who dressed as Suffragettes for the 2017 Women’s March in London wrote on their viral placard, “Same Sh*t, Different Century” was likely a familiar sentiment for many supporters of the #MeToo movement during Ahn’s trial.

The third type of violation of the guidelines, which warns of reporting sympathetic to the accused, is shown in the media reports on the testimonies of Ahn’s wife, Min Joo-won. Min testified on July 13, 2018 that Kim had unilaterally expressed attraction to her husband when they worked together and said she was worried Kim would endanger their marriage. According to Min, Kim tried to “look cute and acted coquettishly and flushed around Ahn.” Many of the Korean media reported all these subjective impressions from the witness for the accused without filtering, which may have led readers/viewers to blame the victim because of her perceived sexual promiscuity. This is actually a common tactic behind rape deniers in the case of acquaintance rape (Raphael, 2013). On the other hand, Kim’s side was not covered by the media because the trial was officially half-disclosed. Prosecutors had asked the Department of Justice for non-disclosure of the trial for the victim’s privacy, according to Article 31 of the Act on Special Cases Concerning the Punishment, etc. of Sexual Crimes. However, the Department of Justice ordered the trial half-disclosed, which disclosed only the testimonies of the accused and his witnesses to the public. In fact, Kim Un-kyung, Secretary General of the Citizens’ Coalition for Democratic Media, argued that these reports created the absurd impression that the biggest victim of Ahn’s actions was his wife Min (Jeon-hong, 2018, July 26).

Considering this innocent victim framing, it is not at all surprising to find frequent hostile comments about Kim even in some politically liberal communities, whether they are majority- female communities (e.g., 82cook.com) or male-dominant ones (e.g., mlbpark.com). In fact, a notable trend that arose during the #MeToo movement was the prevalence of men who claimed to be neutral but openly doubted the claims of the victims (Yoon, 2018, June 7). In discussions about the #MeToo movement in those online communities, the principle of “innocent until proven guilty” seemed to be applied consistently to accused perpetrators, while “guilty until proven innocent” seemed to be applied to victims, who were often called “flower snake” (meaning “gold digger”).

Ahn’s case demonstrates that problematic reporting of sexual assaults is not caused by the absence of legal and institutional guidelines. Rather, their implementation matters. Journalists should be trained to refine their sensitivity to victims’ human rights and to follow the guidelines for best practices, which must be updated accordingly to the fast-changing environment of the digital media era. They are also advised to consider whether their sensational reporting on the first Korean #MeToo case may have caused further trauma to the victim and guided public opinion which, in turn, may have influenced the trial in a way that was unfavorable for the victim. It would be hasty to conclude that the #MeToo movement has been unsuccessful in South Korea simply because Ahn was found not guilty and the public did not much favor the victim. The #MeToo movement in South Korea only began early this year. Journalists should combat the outdated practice of sensational reporting on sexual assaults and embrace the ethical challenges related to today’s fast-changing media environment. Perhaps then the South Korean public will have more productive online discussions regarding the #MeToo movement, and they will finally witness solidarity between courageous victims and other victims, supporters, and society.