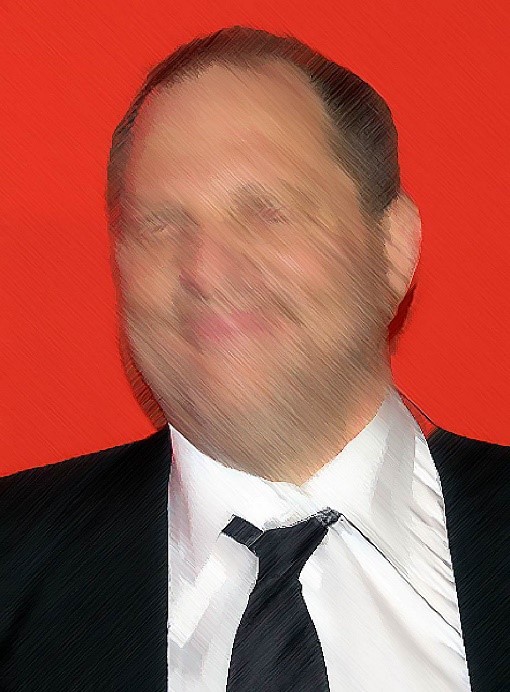 Twenty seventeen has been an unprecedented year for women across the world—the incredulous election of Donald Trump as president of the United States and his cavalier dismissal of mounting evidence of inappropriate behavior and accusation of alleged sexual harassment were the final drops in the giant bucket of women’s growing discontent. These as well as numerous other converging events led to the biggest worldwide women’s march and triggered a series of painful revelations and public accusation of systemic sexual abuse and power, launching a new women’s movement. The #MeToo global revolt of women was a clear sign that women were no longer willing to remain silent about the sexual humiliation and abuse of power they endure, often on a daily basis. Millions of women flooded social media (half a million #MeToo tweets were posted within the first 24 hours) with harrowing personal stories of sexual abuse ranging from ever-present street harassment to gruesome anecdotes about rape, coercion, and other assaults at work, at school, and in their own homes.

The pattern of abuse and its shocking universality made the rounds of news outlets all around the globe. Suddenly, Harvey Weinstein, Kevin Spacey, and an endless array of Hollywood male celebrities and public figures became household names even in the most remote corners of the world. Their rise to infamy was quick, and yet, the reaction to the news was wide ranging, from utter shock and condemnation, to a simple shrug of indifference, to downright ridicule. In Italy, the reaction to the news of the sexual abuse scandal was best described by the New York Times not as “#MeToo” but as “Meh.” The tepid acknowledgement and simultaneous dismissal of the magnitude of these revelations can be attributed to the macho culture of a stubbornly patriarchal society, where sexual harassment and abuse against women are often ignored, dismissed, or ridiculed. Much of this culture is a byproduct of former Prime Minister and media mogul Silvio Berlusconi, who normalized the so-called Bunga Bunga bacchanals with underage women and prostitutes and made a fortune out of casting women as scantily clad adornments on his television channels for over 40 years. In Russia, where another powerful, hypermasculine man leads the former communist nation, the Weinstein scandal, as Foreign Policy reported, was treated with a mixture of “incredulity and bemusement.” The revelation of the decades of systemic abuse and cover up of sexual scandals quickly turned into the perfect hammer in the rhetorical toolbox of Russia’s loud and prominent anti-Western voices. Reacting to the outpour of shocking news from Hollywood, the most frequently asked public questions focused on why women kept silent for so long and not on the manipulative, humiliating and inescapable nature of the unwanted advances, which left Weinstein’s victims paralyzed with fear of retaliation and public shame. Not surprising, some of the most dismissive and discrediting statements came from Russian mainstream media, led by mostly male commentators, who indulged in implicit victim blaming and satirizing of the very concept of sexual harassment. On one occasion, a prominent host of the major State broadcaster Channel 1, Ivan Urgant, jokingly opened his night talk show with the line “So, it seems that in American show business you can sleep your way in…It’s not like that here,” before adding a punch line about how a security guard once propositioned him to allow him into the building. On another, leading Russian director Andrei Konchalovsky played down the scandals rocking the West, arguing that sexual harassment is normal, saying in an interview for Izvestia, “As far as sexual harassment is concerned, actually, I think the whole world has always been built on it. Men must make passes at women, and women must resist.” Women’s response, short of protests by the nascent feminist movement on the ground, has largely been dismissed and denied.

In Bulgaria, another post-communist country that espoused an emancipatory ideology of women’s participation in public and private life, which also found much creative inspiration in Italian television both during and after socialism, the media reaction was also to treat the scandal as indicative of the Western hypersensitivity to matters relating to sex and its excessive use of sexual harassment as a means of chastising “normal” male behavior. Pundits and talk show hosts continued to insist that sexual advances by powerful men in the entertainment industry are habitual and writ large in the context of show business, suggesting that male producers will always ask for sex, “but if you respect yourself, you can always say no!” A particularly glaring example of this became evident in an interview conducted by Bulgarian writer and media personality Milena Fuchedjieva with Luyben Dilov-Sin, a well-known producer, writer, and politician from the center right, who was invited to contribute to a televised conversation entitled, “Who is Bulgaria’s Harvey Weinstein?” The interview sounded like a comedic farce that made light-hearted banter out of inarguably humiliating abuses of power. Dilov-Sin’s very first response was his dismay that after so many “gay” scandals in Hollywood, the straw that broke the proverbial “camel’s back” was about “one man’s normal relations with women.” He also marveled at the idea that somehow none of Weinstein’s “so called victims” lost their jobs or fame as a result of retaliation or revenge, singlehandedly transferring the focus of the conversation away from the often institutionalized patriarchal structure of oppression that renders women in the position of willing subjects and onto the female accuser who somehow should just have known better. While this is a damming pronouncement on how women’s success and their roles in show business is understood in the post-communist transition, it is also symptomatic of a widespread trend across Eastern European media that deploys women’s bodies as subjects of pleasure, while exercising implicit creative and financial control over them and even, abuse that goes unreported out of fear of shame, loss of income, public judgment and media shaming. Denying a victim’s ability to speak out without being ridiculed, ostracized, or put under suspicion by both female and male media talking heads, is unethical and irresponsible. But it is also symptomatic of the fact that women in Eastern Europe remain trapped in a public climate and a media space that doesn’t recognize the structural roots of sexual power as a tool of control and manipulation, therefore, rendering the “Weinstein” monster a rare oddity of the West and transforming #MeToo into the more credible and deafeningly reassuring #NotMe.

Ferris-Rotman, A. (October 16, 2017). Russians Don’t Understand Why Anyone Is Upset With ‘Girl Crazy’ Weinstein. Foreign Policy, available at http://foreignpolicy.com/2017/10/16/russians-dont-understand-why-anyone-is-upset-with-girl-crazy-weinstein .

Loria, E. (November 9, 2017). It turns out, it is necessary to sue the entire male sex. Izvestia, available at https://iz.ru/667778/elena-loriia/poluchaetsia-nado-podavat-v-sud-na-ves-muzhskoi-pol .

Elza Ibroscheva, Ph.D., is the Associate Dean at the School of Communications at Webster University. Originally from Bulgaria, her research interests focus on media developments in Eastern Europe, include media stereotypes, international and political communication, gender representations in the media as well as the role of the media in fueling nationalism. Ibroscheva is the author of Advertising, Sex and Post Socialism: Women, Media and Femininity in the Balkans and co-editor (with Dr. Maria Raicheva-Stover) of the volume Women in Politics and Media: Perspectives from Nations in Transition. She can be emailed at This email address is being protected from spambots. You need JavaScript enabled to view it..