Justice, Report and Testimony in #MeToo and the ICTY 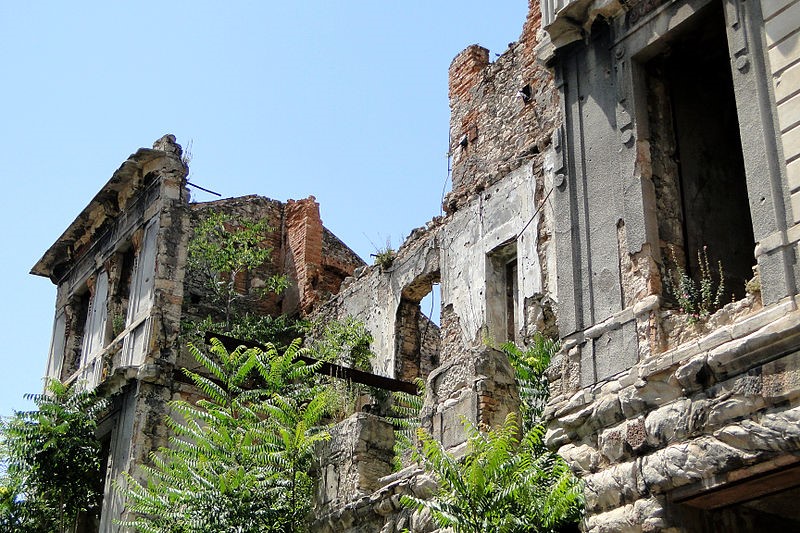 BY LEDA COOKS & JENNIFER A. ZENOVICH

In the aftermath of the confirmation hearings of Supreme Court nominee Brett Kavanaugh, in the United States the phrase “I believe Christine Blasey Ford” was trending next to “I still believe Anita Hill,” #MeToo, and “Why I didn’t report.” At 51, Dr. Ford explained that Kavanaugh attempted to rape her in high school. In the United States, Democratic politicians mobilized her trauma as evidence of Kavanaugh’s unfitness for the position of Supreme Court Justice while some Republicans questioned the legitimacy and weight of her claims (Stolberg, 2018). Although there is precedent for the handling of accusations of sexual misconduct in Supreme Court confirmation hearings, the way in which the story and testimony was reported and received politically, nationally, and internationally illuminates the dialogism (Bahktin, 1981) as well as the moral imperative of the #MeToo movement.

In this essay we discuss the relationship between the ethical considerations in reporting and interpreting sexual assault in the #MeToo movement and those of an important precursor to defining justice for women on a global stage: the trials of the International Criminal Tribunal for the former Yugoslavia (ICTY). We consider the role of the ICTY judges as purveyors of justice in defining rape as a war crime on an international stage in relation to the present delivery of a rape case directly to the public (via the Internet) for their judgement. In doing so, we offer consideration of how and where the mediation of justice and judgement happens and how this expression may, in turn, impact the ethics of both telling the/our stories and the legal declaration of a crime committed.

Since the #MeToo movement, envisioned by founder Tarana Burke, has edged into our collective consciousness via social media as well as celebrity engagement with the hashtag, there has been upheaval in accepted sexist behavior in the workplace and in the world demonstrated by the ouster of powerful men from their jobs under the claim of #MeToo. That Dr. Blasey Ford has told her story in this climate, and the resulting confirmation of Justice Brett Kavanagh, is a litmus test of our commitment to democracy and human rights and requires a radical evaluation and confrontation of the structures through which justice can be delivered.

Feminist legal scholars and critical race theorists have argued for decades that the conceptualization and structuring of equality and human rights in the United States has been based on securing the dominance of white male landowners over every other sector of the population (Harris, 1993; Crenshaw, 1993). These structures of governance and jurisprudence, so fundamental to any democratic society, are, consequently, the basis upon which the moral discourses and ethical practices of our institutions are founded. For women and marginalized groups, historically absence from consideration as citizens has translated into absence from legal discourses that presume male bodies as citizen and subject. Now as social media (and its political manipulation) becomes ubiquitous in reporting sexual assault, the accountability of our systems of justice, including the press and other media, to women and women’s bodies is increasingly held under scrutiny. How might this pressure to recognize and include women’s subjectivity and bodies translate into juridical process? And what will be the role of the media in the ethics and politics of visibility and accountability?

The politics of public visibility and accountability for rape are in play every time the act is judged and reported, but these politics were put to test on an international stage for the first time at the ICTY trials. The ICTY was created to deliver justice to the victims of the Bosnian War and specifically to the survivors of systematic rape used as a form of genocide. During the trials, 16 women survivors of rape told the world their stories to seek justice for these crimes. Although rape was declared a crime against humanity as a result of the trials, in other work (Zenovich & Cooks, 2018), we discuss the troubling ways the discourses of rape and of justice silenced the witnesses or could frame them only in terms of their bodies. Hoping to avoid the humiliating and deadly impact of public exposure, many of the witnesses chose to have their names hidden from the official news record of the court, and to use voice alteration and image scrambling on the TV monitors of the court. The problems of slow/lagged interpretation, constant technical difficulties, and human error (intentional and unintentional) that resulted in revealing witness’ identities offer examples of the physical, visual, and embodied representation of the discursive traces of a justice system (including the media recording it) that was never formulated to include humanity. Another discursive consequence of the ICTY trials was that trauma could be couched in the language of ownership, specifically as belonging to the nation, as the condition under which rape can be tried as a war crime. More specifically, the court could only try individuals for crimes against humanity when there is an international conflict, not in the rapes that happen everywhere every day.

Nonetheless, if women at the ICTY had not testified, rape in the war would not have been declared a crime against humanity, much in the same way that if actresses did not say #MeToo, Harvey Weinstein would still be making films and abusing women. The testimonies of the women at the ICTY, Dr. Ford’s testimony, and #MeToo act as public declarations of the rights afforded to their bodies. #MeToo is performative in that it is an act of claiming that is performed/materialized in its utterance. #MeToo impinges upon the public and the judicial system to seek justice for what was done to one’s body by broadcasting one’s relationship to trauma and injustice. Trauma is personal and communal, access to justice is differential, and no trauma can be reduced to or equated to another. The act of saying or posting #MeToo does not guarantee any deliverance of justice, and in some cases, media representations of these testimonies re-victimize and homogenize the traumatized body. In spite of these mediated representations, performative claims to the rights afforded to bodies within the nation need to continue to be mobilized in the face of inadequate systems of justice that privilege straight white male bodies over anybody else.

At the ICTY, 16 witnesses who said “me too” performatively shifted from silence to voice their traumas, making their experience available for transnational scrutiny and global discussions about rape survivors, much like #MeToo. While the process was flawed, the survivors’ utterances allowed the Justices to declare systematic rape in the Bosnian War a crime against humanity. The mediated conditions of reporting and testimony for ICTY witnesses were very different from #MeToo testimonies. Since the audio/visual outing of ICTY witnesses was not a choice of the survivors, it revictimized. Saying/Posting #MeToo is a choice of the survivor; it reshapes the mediated ethics of the report that one’s subjectivity has been violated. #MeToo is powerful because it is a mediated vehicle for coalition across borders via direct testimonies of sexual violence and individual experiences of collective trauma.

#MeToo offers a forum for speaking the subjectivity, the commonness, and the horror of rape, depoliticizing objectifying power of the testimonial by delivering the stories of everyday women next to celebrities and other public figures. Tarana Burke, appearing recently on NBC’s Meet the Press (October 7), observed that after the Kavanaugh hearings the focus of #MeToo moved from celebrities to the commonness of women’s experiences of sexual assault and rape. The hearings are less a test of the #MeToo movement than a reflection of the power of its dialogism, magnified through social media: reverberations of justice denied that cannot be contained. While the recognition and validation of subjectivity makes #MeToo possible, media representations of ICTY and a post/ICTY world also facilitate the relational claim of “me too.” As the movement grows, reporters of sexual assault and rape are challenged to recognize the ethical implications of the subjective body in testimony, in giving testament to trauma and its consequences. How can the rape “report,” mediated or otherwise, be held accountable to both personal and social justice? And to whom is the “objective” reporter accountable, the judicial process or social justice? Although, as others in this forum detail, judgements of the success of the movement are complicated and ongoing, #MeToo may just prove that we might not need the courtroom to hold abusers accountable.