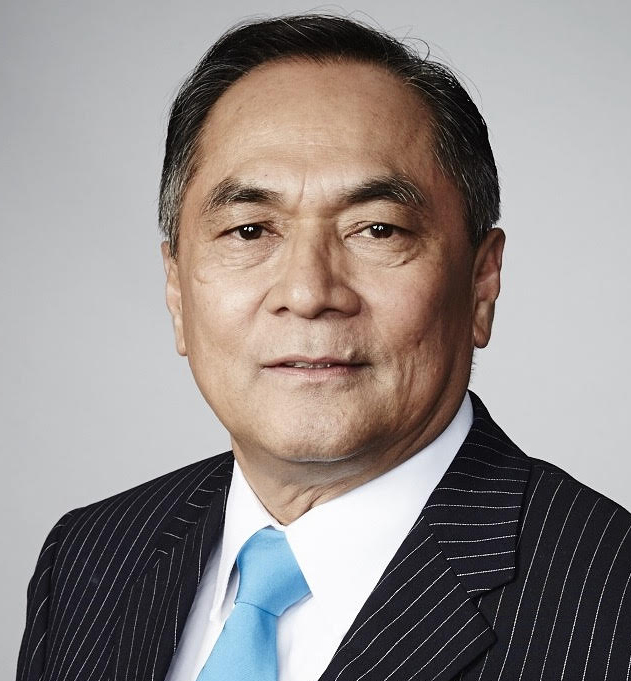 An account of Jaime FlorCruz’s discussion of his experiences as a foreign journalist working in China.

Doing ethical journalism by Western standards in China poses particular challenges for foreign journalists, even for one who has lived and worked there for 47 years. Jaime FlorCruz, retired CNN Beijing Bureau Chief, arrived in China midway through the Cultural Revolution (1966-1976) — a repressive and often violent phase in its history. He also observed China’s rapid transition to today’s modern economy with its gleaming cities, high-speed rail, and multi-billionaires. He is considered the “dean” of the foreign press corps, having started as a stringer and researcher forNewsweek in the late ‘70s. He is currently China Chairman of the Fortune Global Forum.

FlorCruz was this year’s special Carol Burnett lecturer at the University of Hawaiʻi School of Communications on Feb. 6, 2018. His topic was “New Media: Old Dilemma; China’s Quest to Control Public Opinion.”

FlorCruz first went to China in 1971 on a study tour as a student leader from the Philippines but couldn’t go home after then-President Ferdinand Marcos blacklisted him. To survive in exile, he worked on a farm and with a fishing corporation, then entered Peking University in 1977. He was in the first class of college students enrolled through a restored national examination, and many famous and powerful leaders started in that class. He was bilingual, so Newsweek hired him first as a stringer and researcher while in college, and later fulltime. “My big break came when I wrote a piece for Newsweek about the trial of the Gang of Four and Chairman Mao’s widow. Got my first byline.” Later, at TIME he got a scoop about widow Jiang Qing’s suicide.

FlorCruzʻ experience is truly unique a­mong foreigners because he experienced first-hand a tumultuous time in China’s history. He worked alongside the Chinese, studied with them, absorbed their language and culture, yet was able to step outside that and write for Western news organizations. He left Newsweek for Time magazine in 1982, later joined CNN in 2001, and retired in 2014.

With China’s rapid growth have come huge challenges, including challenges for the news media. “I’ve seen Chinese media change from being a lapdog to a watchdog,” FlorCruz said. Media in China are government controlled, and when he first arrived, they all had the same stale news that nobody read. But things started to change in the ‘80s when the government cut back funding and let them “sink or swim.” Media organizations started to “behave like journalists,” and had to worry about ratings, advertising and audiences, he said. There’s been a proliferation of media now, especially those that focus on sports, entertainment and lifestyle.

Chinese journalists take tests and are licensed, and media are censored, although there is more diversity of media now. “If the Chinese media was a bird inside a small cage, now it’s a bird inside a bigger cage,” FlorCruz said. He explained that media organizations are still in a cage, but there’s more room for reporting on topics that are not politically sensitive.

There are significant differences in the way Chinese and Western journalists operate, he explained. Many Chinese prefer to work in groups and are satisfied with handouts and press releases. They focus on facts, figures and the 4Ws (Who, What, Where, When).
Relationships are more important than getting background information for a story. Foreign reporters, on the other hand, are more interested in the W (Why) and having one-on-one interviews rather than attending a press conference or being involved in “herd” reporting. They do their homework in advance, and are interested in characters, conflicts, controversies and human-interest stories.

So how did FlorCruz navigate the landscape for so long under these conditions? Good relationships with Chinese sources helped, he said, as did a strong command of the language and understanding of the culture. One challenging story was about AIDS orphans in Henan province – their parents died after being paid to donate blood for plasma then reinjected with blood accidentally tainted by the HIV virus. Local officials and the police tried to chase the journalists away, but they hung out until they got enough material, then left. The blood donation and AIDS scandal became global news.

Usually foreign journalists must get permission to go to a particular place and report. They are also required to have Chinese “minders” because the Chinese government wants to escort them everywhere and encourage positive stories. Visas are renewed annually, and foreign reporters can lose theirs if they “don’t behave.” FlorCruz said that since the 1970s things are getting better but have been tightening more recently, and there are still places reporters can’t go. And he never used a hidden camera, he said, because if caught, he could be charged as a spy. There were times when authorities would put a “hand in front of the camera” to stop them.

Protecting sources is another difficult area to navigate because if the foreigner is careless, the authorities could figure out who the source is and arrest that person. Another issue that all journalists face is whether to be first or be accurate. FlorCruz had a wide network of friends who were also his sources, so when foreign reporters were reporting that former Chinese president Jiang Zemin had died, he refused to report that story onCNN until the information was confirmed despite pressure from his CNN boss. His sources told him the story wasn’t true, and eventually official Chinese media confirmed that Jiang had not died.

Despite changes in the past few decades, China is still a tough place to be a foreign reporter. In fact, in just the past few years under President Xi Jinping it has gotten more difficult. A survey in 2018 by the Foreign Correspondents Club of China confirmed this judgment. Forty percent said reporting conditions have deteriorated compared with the previous year, and 15 percent are having problems with visa renewals.

Chinese journalists follow ethical codes but not Western-style ones because they don’t have the First Amendment protections American reporters enjoy. In fact, discussing free speech and democracy are among the “no speaks” in China. Some reporters and readers have used VPNs to get around censorship, but the government is talking about cracking down on those too. Restrictions on the Internet and censorship behind the Great Firewall make open debate and reporting difficult.

FlorCruz indicated that he follows these universal principles as a journalist:

FlorCruz also teaches the Chinese about Western journalism, and what journalists are not:

According to FlorCruz, foreign journalists are:

Is it possible to follow media ethics scholar Stephen J. Ward’s “global mindset” for doing media ethics in China? Probably not, since that would mean openly valuing human rights, which could get the foreign journalist expelled. FlorCruz’ practical experience in negotiating media ethics in China demonstrates that following standards is possible, within limits. He has successfully built relationships, worked within but pushed the limits, and been invited to train Chinese spokespersons and students at Peking University too. Perhaps that is one of the stages of developing a global ethics code – including successful practices and a mindset from seasoned foreign correspondents such as Jaime FlorCruz.