Lou Hodges: A Few Lasting Impressions about a Gentleman and a Scholar 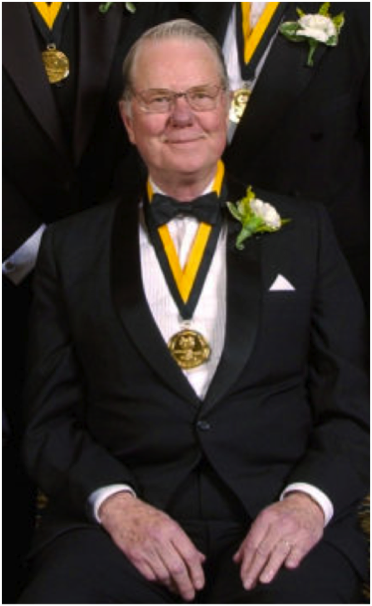 Our community has lost one of its enigmatic tribal elders.

We all knew that long-time Washington and Lee academic Lou Hodges was a liberal thinker/writer/lecturer, a deep listener and counselor with a generous spirit, a Methodist minister with a booming baritone voice, a country gentleman who never lost his deep Mississippi accent and gracious manner toward women, children, and dogs.

We know Lou was a peripatetic academic. It seemed that, since the 1970s, he attended, actively participated in and often led every AEJMC, APPE, SPJ, et al. media ethics summit and colloquium, workshop, seminar and conference on media and applied ethics. He did a lot of significant writing as well.

In the early 1980s, he was one of the founding members of week-long media ethics teaching workshops (funded by Gannett/University of Kentucky/AEJMC). There he, Cliff Christians and Deni Elliott brought philosophy into courses otherwise dominated by didactic albeit enthusiastic war-story pedagogy.

Among his many academic services, Lou was Cases & Commentaries editor for the Journal of Mass Media Ethics in its formative years, the 1980s and ‘90s. As an editorial board member, he judged manuscripts with a keen eye for style and substance—and he did not suffer stylistic or substantive fools lightly. He would reject a manuscript immediately upon encountering what he thought to be a serious intellectual error or undue violence to the language he loved. Not surprisingly, he struck fear into the hearts of junior colleagues when moderating their panels or paper presentations. But, however tough, he was always a gentleman.

He had a long marriage to a sweet southern lady, Helen—who may have been the only person since the 1960s to see Lou without a suit and tie.

All that and more. But did we say “enigmatic”? For instance:

He was proud card-carrying NRA member; a bourbon sipper; a cigarette smoker; a farmer and pick-up truck driver.

He never showed up at an academic event without a big jar of peanut butter, even if conference registration included a full meal packet. And he rarely attended sessions right after lunch, for that was mandatory “nap time.”

We recall that he parlayed his strong baritone chops to an honored place with the Mormon Tabernacle Choir during the very first Applied Media Ethics colloquium in 2000, when host Ralph Barney arranged for Hodges a chance to rehearse with the famous Latter Day Saints choral group. Dr. Hodges was delighted.

These are just a few of the images Dr. Louis B. Hodges left us with. Oops, I mean “with which he left us.”