Using the Cosby Sex Scandal to “Defend the Chains They Revere” 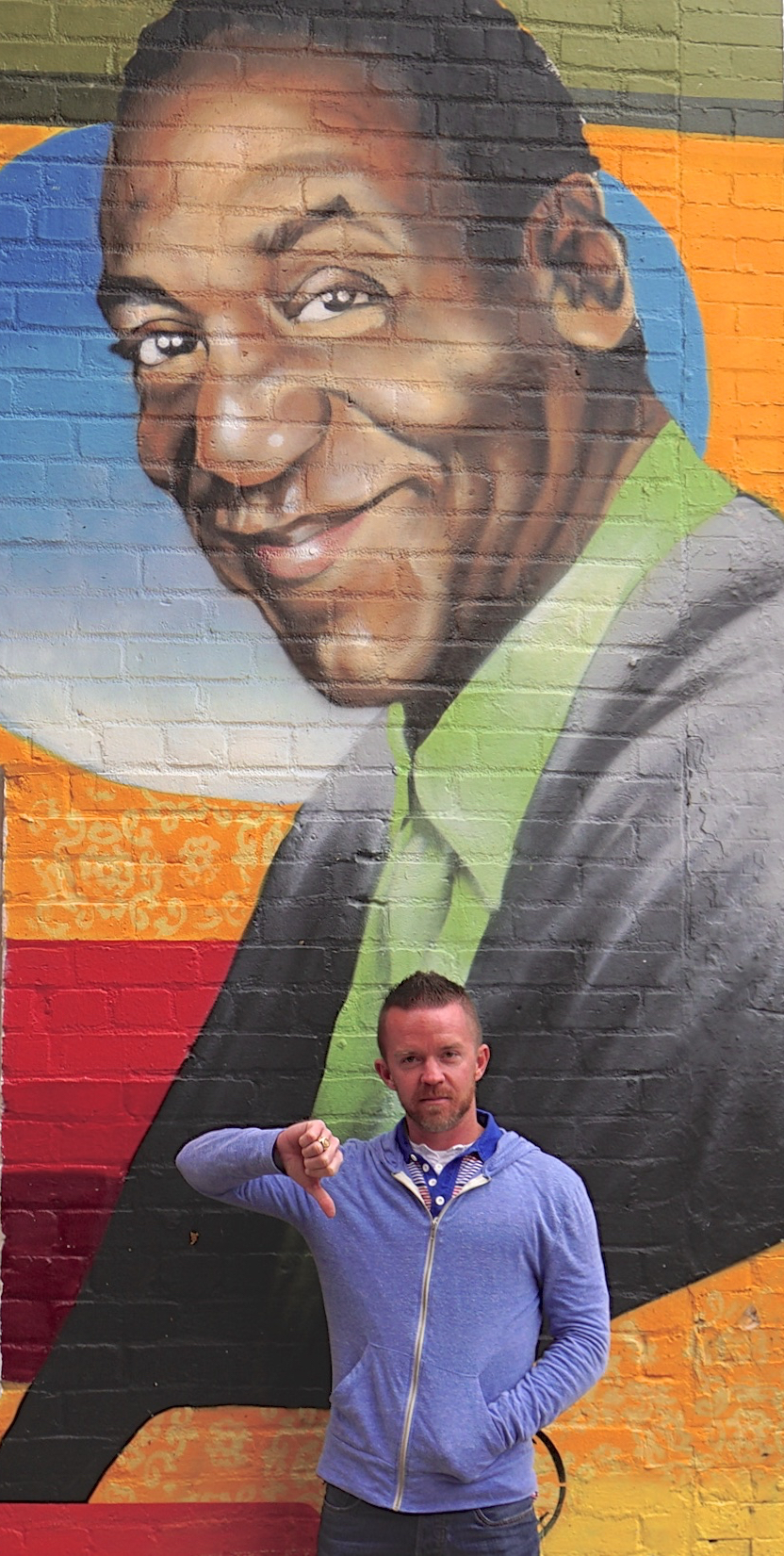 The Mis-Education of the Negro

In 2015, several women used the media to accuse prominent entertainer Bill Cosby with sexual assault.  According to writer Noreen Malone, a verbal attack on Bill Cosby by African-American comedian Hannibal Buress led to the women’s actions. (“Cosby: The Women, an Unwelcome Sisterhood,” New York, July 27–August 9, 2015, p. 20). Yet the article failed to point out that, in an opinion I share, that Buress’ attack—which included the words “I want to just at least make it weird for you to watch Cosby Show reruns”—seems to have been designed to detract from a more general controversy: Cosby as a leader and his call for self-reflection and self-criticism in African-American communities.

At the 2004 NAACP commemoration of the 50th anniversary of the Brown v. Board of Education decision of the U. S. Supreme Court, Bill Cosby had delivered a speech criticizing some African-Americans for not upholding the spirit of the Civil Rights Movement.

African-Americans both applauded and were offended by the speech. So Cosby released a statement explaining his comments (Los Angeles, PRNewswire, May 22, 2004).

According to Cosby, he was not making a general criticism of the black lower economic classes. He specifically addressed the estimated 50% of African-American males in the inner city that were dropping out of school. His “comments were intended to be a wake-up call to action” and were meant to “turn the mirror around on ourselves.” In other words, he had called for self-reflection and self-criticism.Cosby wrote:

I think that it is time for concerned African-Americans to march, galvanize and raise the awareness about this epidemic to transform our helplessness, frustration and righteous indignation into a sense of shared responsibility and action.

I travel the country and see these patterns in every community—stories of 12 year old children killed in the cross fire between knuckleheads selling drugs; the 14 year olds with a sealed envelope as their first step into the criminal justice system; the young males who become fathers and not held responsible; the young women having children and moving back in with their mothers and grandmothers; and the young people who choose not to learn standard English.

[ . . .] I feel that I can no longer remain silent. If I have to make a choice between keeping quiet so that conservative media do not speak negatively or ringing the bell to galvanize those who want change in the lower economic community, then I choose to be a bell ringer.

This controversy has continued for more than a decade.

Some African-American critics believed that a wealthy African-American should not criticize other African-Americans who were disadvantaged. Others accused Cosby of “airing dirty laundry.” Many of those critics resorted to name-calling as a way to discredit Cosby and his remarks. Such attacks did not address whether or not Cosby’s speech had any value or validity.

Of particular importance to this article, in an October 2014 show in Philadelphia, comedian Hannibal Buress manipulated Cosby’s image all the way from “bell ringer” to bully to rapist and morphed the controversy into a sex scandal. In doing this, Buress certainly diverted attention away from the intent of Cosby’s original statement that started the controversy when he told his audience:

[Cosby] gets on TV, “Pull your pants up, black people … I can talk down to you because I had a successful sitcom.” Yeah, but you rape women, Bill Cosby, so turn the crazy down a couple of notches … I guess I want to just at least make it weird for you to watch Cosby Show reruns. Dude’s image, for themost part it’s fucking public Teflon image. I’ve done this bit onstage and people think I’m making it up … That shit is upsetting.” (Malone,p. 20)

This quote from Buress’ show demonstrated what Voltaire meant when he wrote, “It is difficult to free fools from the chains they revere.” Among those chains are the chains of powerlessness. Through self-reflection and self-criticism, Cosby tried to free some African-Americans from some of the chains he observed. However, by transforming Cosby from bell ringer to serial rapist, with the publicity that this charge received, Buress’ name-calling, in effect, defended the “chains.”

According to New York Magazine, an audience member had taped Buress’ remarks, uploaded the clip and “The bit went viral swiftly, with irreversible, calamitous consequences for Cosby’s reputation. Perhaps the most shocking thing wasn’t that Buress had called Cosby a rapist; it was that the world had actually heard him.” (p. 20) Buress may not have known he was being videotaped. He had no way of predicting that the videotape would have been uploaded and gone viral. But it happened.

Malone, the article's writer, diverted attention from Buress' point—to criticize Cosby's speech through criticizing Cosby.  Malone could have pointed out that Buress' name-calling could be looked at as a diversionary tactic and that he had offered no proof of Cosby's transgressions.  But Buress' own words show his motive was to raise the flag of "rapist" as a way to distract from Cosby's 2004 statement. In effect, if not in intent, New York Magazine became a tool for Buress' de facto defense of "the chains" that Cosby wanted to free African-Americans from.

As a result, Malone had formed a community of women through her use of the word “sisterhood” in the title of her article. The article made Buress’ unproven attack on Cosby the impetus for this community of women to publicly accuse Cosby of sexually assaulting them. (As of this writing, Cosby has not been found guilty in a court of law.)

In his Journal of Broadcasting (vol. 12, no. 2, 1968, pp. 97-116) essay titled “The Ambiguous Mirror: The Reflective-Projective Theory of Broadcasting and Mass Communications,” jurist, legal scholar (and then-member of the FCC) Lee Loevinger presented a broad theory of contemporary mass media and society. According to his reflective-projective theory, a community is not formed by lines or boundaries, but by common ideas, interests and culture. This commonality must be seen and accepted by a majority in the community. The role of mass media is to convey that commonality.

Here is how New York Magazine explained how it formed what it would call this “sisterhood” and its “accepted commonality”:

This project [the New York Magazine article] began six months ago, when we started contacting the then-30 women who had publicly claimed Cosby assaulted them, and it snowballed in the same way that the initial accusations did: First two women signed on, then others heard about it and joined in, and so on. Just a few days before the magazine was published, we photographed the final two women, bringing the total to 35.” (Malonep. 30)

Loevinger had gone on to write: “Even among our mass media there are differences in the ability to perform the function of unification and common culture building. Magazines, to an outstanding degree, and even newspapers, are written and published for particular groups and classes of society.”

As I wrote in my earlier Media Ethics essay (“Mirroring Diversity and Equality—San Francisco Style,” Spring 2013, vol. 24, no. 2) magazine covers act as mirrors because their editors carefully select cover content that will attract their intended readership. They reflect their readers’ attitudes and desires. The focus and intended audience of Cosby’s 2004 speech was African-Americans; in contrast, the women on the cover of New York Magazine were white or very light-skinned. The magazine cover in effect diverted attention away from Cosby’s own intent, and thus took sides in the long-standing controversy about responsibility.

Ironically, even as Buress accused Cosby of insulting African-Americans and Buress insulted Cosby, New York’s article reinforced the century-old white American stereotype of the sexually predatory black male—preying on white womanhood (for an early example, see the 1915 movie Birth of a Nation).

This stereotype helped form the sisterhood; it also strengthened the chains that Cosby was trying to break. Women in the article accused Cosby of using his power and success as a nationally-prominent African-American man to bully and rape. An accuser mentioned “a historical reference to claims white woman have made in the past, that weren’t truthful about being raped by a black man.” One woman compared Cosby to O. J. Simpson, another African-American male celebrity who was accused of pursuing, then abusing, white women. Cosby, like O. J. Simpson, was popular with both white and black audiences. This crossover appeal was like a Trojan horse that gave both Cosby and Simpson access to white women, presumably for sexually abusive purposes (Malone, p. 30).

Malone wrote (in parentheses) that, “Cosby, through representatives, has consistently denied any wrongdoing, and hasn’t been charged with any crimes. Emails to four of his lawyers and press reps went unanswered, although his team has begun a media tour to deny that his admission of offering Quaaludes to women was tantamount to admitting he’d raped anyone.” (Malone,p. 30) What did the emails actually say? Why should Cosby respond any more to New York Magazine than he already had? Did the e-mails address the “chains” that Cosby had seen and wanted to bring attention to?

So, did New York Magazine only add Cosby’s denials of sexual wrongdoing in order to appear fair—or to get more ammunition for an article biased against Cosby’s ideas? His non-response does not mean guilt. In virtually every legal action, a good attorney advises his or her client not to speak to the media.

The New York article thus diverted attention away from Cosby’s leadership and ideas as presented in his “wake-up call” for responsibility, self-reflection and self-criticism—by directing the public’s attention toward as-yet-unproven attacks on Cosby’s behavior as an individual and ignoring the significant ideas he brought forward in 2004.

Willie Brown, former San Francisco mayor and Speaker of the California State Assembly, recently described what happened as follows: “Bill Cosby started the conversation about black responsibility years ago, and took a lot of heat for his efforts. Sad to say, Cosby’s loss of standing as a result of his own behavior is a terrible loss for this conversation as well.” (Willie Brown, “Willie’s World,” San Francisco Chronicle, February 28, 2016).