I Grieve for Journalism 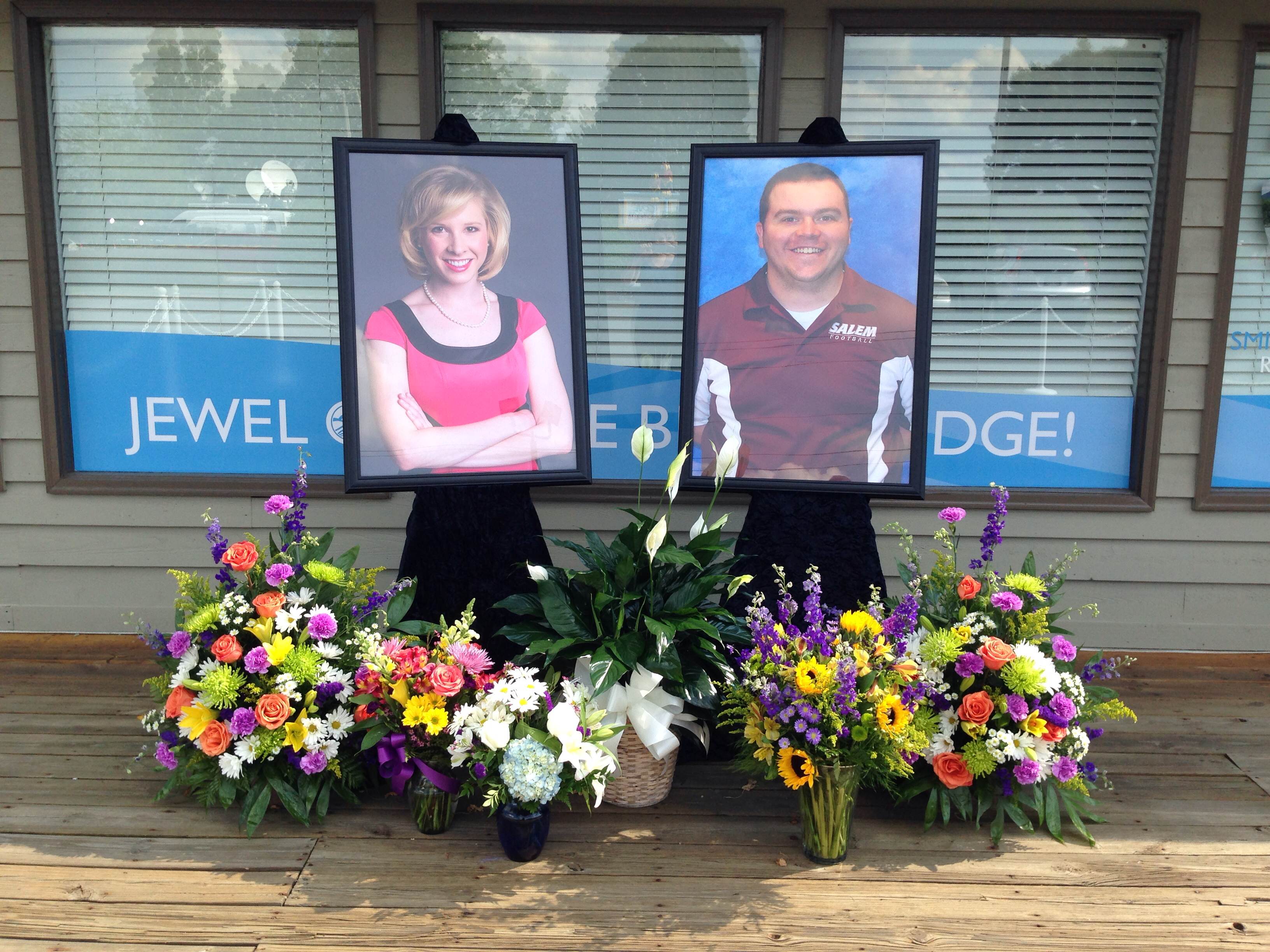 I write this when three weeks have passed since the murders, on-air, of WDBJ-TV journalists Adam Ward and Alison Parker, but I find myself tearing up and avoiding any discussion of their deaths in my classes.

I knew Adam, although I didn’t know him as well as the professors who had taught him in small classes. I had never met Alison. Yet, my grief lingers.

I’m not only grieving for the loss of young lives and the way that this tragedy has scarred my beloved Southwest Virginia mountains.

I am grieving for journalism.

I remember being a young videographer who struggled with setting up her camera at a press conference. A photographer from a rival station came to my aid. He didn’t have to do that, but he did.

That’s how journalists are.

I remember moving from one news market to another and running into colleagues that I had known from other news organizations. We’d say hello, discuss the changes in our careers, and continue pursuing our stories. We might grab lunch or get coffee. Why?

Because that’s what journalists do.

Journalists get lousy pay. They develop sick, and perhaps inappropriate, senses of humor, after they see too many dead bodies or write about too many tragedies. They are driven by the search for the story, a passion for free speech, and a desire to uphold justice.

They are competitors, but they are united by an understanding of what it means to be a journalist.

I’m not sure that others can understand how it felt for a television journalist to watch as a journalist took the lives of his former colleagues. That action violated some unspoken, but important bond of the profession. It was a betrayal.

In the days immediately following the shootings, the most comfort I found came from a brief conversation that I had with a television journalist who worked for WSLS-TV.

I had never met Bethany Teague before, but I was asked to do an interview about how I was discussing the shooting with my journalism students. After the interview, we walked to my next class. We talked about how horrific it was that a journalist turned on one of his own. It was a brief conversation, but I felt like I was talking to someone who understood this on a different level from most of the people around me.

My career in television news was short. I did my college training in television news, and I created a student television news show at my school. Somewhere along the way, I dropped out of college and took a job working as a photographer at WJHL-TV in Johnson City, Tennessee. I had that job for eight months. Then, I went back to college to finish my degree and pursue a career in newspapers.

Now, I’m a college professor who works with aspiring journalists. I spend a lot of time talking about the importance of social media to journalism. I now recognize that I’m helping my students to learn to use the same tools that Vester Flanagan used to publicize his killing of fellow journalists. I can’t articulate how it feels to know that I’m doing that. I’m also bracing for the possibility that I may have to teach a television news reporting class next semester. I’m not sure that I’m ready for that.

It’s true that I haven’t worked full-time in journalism in many years. It’s also true that most of my career was in newspapers. Maybe that means that I don’t have the right to mourn like a journalist. Right now, however, I feel like a television journalist. I feel like someone who watched as her own profession was battered by one of its own.

There is part of me that hopes I’ll always be capable of mourning with the profession that I love so dearly. Maybe that will make me a better teacher.

I salute all the journalists who are grieving with the staff of WDBJ7. As time passes, I hope the profession builds an even stronger camaraderie. Perhaps that’s the best way that we can honor the lives of Adam and Alison.