Some Limitations of One-Dimensionality 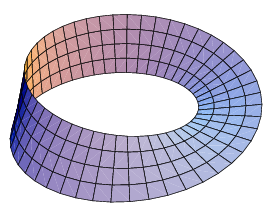 My stereotype of most media in recent decades is that they stereotype. In the attempt to reach audiences with the most provocative stories using the least expenditure of time and energy for objective research, they fall back on a formula. Of course, some if not many media outlets do this deliberately to forward their own or their master’s political agendas. The stereotyping was reinforced for me when, in 2014, I wrote the first act of an intended three-act play titled I Love You I Hate You Edward Snowden. (It remains a one-act play, given that my planned second act was more than adequately covered in this year’s Academy Award documentary winner, Citizenfour. My play is essentially a prequel to Laura Poitras’ film and presumably even more of Snowden will be covered in Oliver Stone’s upcoming movie.) I Love You I Hate You Edward Snowden reveals, principally in Snowden's own words, his beliefs and motivations and his agonizing over what he should do, information largely missing from the media’s coverage of his actions in releasing National Security Agency (NSA) documents on the surveillance of American citizens. The play has been presented in several venues and the reaction of most members of the audience has been that of surprise.

When Snowden suggests, in the play, that his conscience is telling him to release the documents showing the NSA actions, despite his strong support for the NSA and the CIA, he is told that the media will portray him as a left-wing agitator. Audiences are surprised to learn that he is a nationalistic patriot, supported the invasion of Iraq, criticized social security for old people, and opposed President Obama’s attempt to ban assault weapons. He avers that he supports the concept of surveillance, but, as he says, ethical surveillance can be beneficial, that is surveillance of our enemies, not of ourselves and our friends. When it’s then suggested that the media could portray him as a “right-wing whistleblower,” he notes that he supports a guaranteed basic income, he believes women can make their own decisions, and that government is at its best when its building bridges, not bombs. Many in the play’s audiences are confused.

The media have conditioned us to look upon people—whether political figures or rock stars—in simple, one-dimension terms. Some members of the audiences, in discussions following the play, state that given a fuller picture of Snowden, in his own words, they have changed their attitudes toward him. Some acknowledge a greater understanding of who he is and what motivated him, but retain their initial impressions: “give him a medal” or “shoot him.” In Snowden’s discussion (in the play) of the Espionage Act of 1917—giving information to the enemy, regardless of whether or not it results in harm to the country—it is clear that if Snowden were prosecuted under that Act, used against previous NSA whistleblowers, a fair trial would be impossible. The media have by and large ignored this possibility in discussing Snowden’s asylum in Russia and why he has not returned to the U. S. How many of us rush to judgment of events, policies, and personalities based on we see, hear and read in the media?