The Problem with Transparency 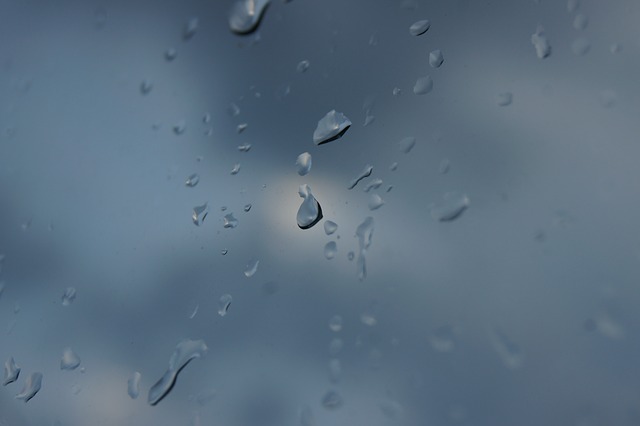 1drip-270708 640One of the most intriguing buzzwords in recent times—certainly among those interested in professional ethics—quite suddenly finds itself in the lofty company of journalism’s guiding moral principles.

I’m referring to “transparency.” I believe that, among the principles of ethical journalism, transparency does not belong.

It’s not that I favor secrecy or opacity in journalism; far from it. It’s just that transparency lacks the ethical and moral content that I associate with such time-honored principles as truth-telling, independence, compassion or accountability (to name a few of the stalwarts of journalism ethics).

As a concept, transparency began to gather steam about seven or eight years ago, when media-watching bloggers, having exposed some high-profile errors by various news giants, started calling for greater transparency in the mainstream media. Singer (2006, 2007) reported and reflected on her findings suggesting that bloggers value transparency more than they do traditional notions of truth or objectivity. Other scholars (for example, Roberts, 2007, Allen, 2008, Craft & Heim, 2009, and Plaisance & Deppa, 2009) have been exploring the theoretical and empirical dimensions of transparency. In the professional domain, the approach promoted during the past decade by John Hamer of the newly-defunct Washington News Council argues that journalists should publicly adopt a related trio, which he calls “the TAO of journalism”—Transparency, Accountability and Openness. And media futurist Amy Webb, whose annual forecasts seem to carry great weight among online journalists, included in her predictions for 2012 the loaded question, “Will transparency be the new objectivity?” (Webb, 2011).

But what has really brought the concept into the ethics spotlight is this year’s The New Ethics of Journalism: Principles for the 21 st Century (2014), co-edited by two respected and influential commentators, Kelly McBride of the Poynter Institute and Tom Rosenstiel of the American Press Institute. The book is organized around what the editors posit as journalism’s new guiding principles: Truth, Community and . . . Transparency.

Over the years, journalism ethicists have, mercifully, distilled guiding principles for journalism to short lists. Lambeth (1986), for example, gave us five: truth-telling, justice, freedom, humaneness and stewardship. Poynter’s ethics staff, in the early 1990s proposed just three: Seek the truth and report, act independently, and minimize harm. This in turn informed the Society of Professional Journalists’ overhaul of its ethics code in 1996. (And SPJ added a fourth principle: Be Accountable.) I sense that in the teaching of journalism ethics, the SPJ’s succinct code (revised again in September 2014, and reprinted in this issue of Media Ethics) is referenced more than any other list.

But the McBride/Rosenstiel book has elevated transparency to undeniable prominence. Is it replacing truth-telling and its problematic stratagem of objectivity? No. I doubt many journalists anywhere believe that a single, objective “truth” can be discovered and presented as ultimate authority. Rosenstiel (2013) explains that, in his and McBride’s new conception of ethics, transparency is meant to replace the principle of independence. The 20 th century claim to independence in journalism, he argues, is increasingly irrelevant, given the new difficulties media have in achieving financial independence and given the profusion of news sources with all manner of economic or political dependencies.

So “independence as foundational principle” is more difficult to justify in 21st century journalism, granted. But to replace it with transparency? I’ve pondered half a dozen definitions of journalistic transparency in our literature and have come up with this amalgam: Transparency is a set of practices by which the traditionally private processes of news gathering and editing are made public, in ways that are readily understood. It thus can take many forms, from full and timely corrections, to links to original source material, to honesty when meeting and interviewing sources, to full attributions that include crediting even competitors, to disclosing the funding sources of the news outlet, to explaining not only how stories were reported but why, even to disclosing the underlying ideologies of news outlets and their journalists.

But does the concept itself possess moral content? Certainly, argue Plaisance and Deppa (2009). They see transparency as a moral imperative: It is “what allows us as rational, autonomous beings to assess each other’s behavior.” As such, it helps us evaluate another’s behavior as ethical or unethical, as moral or immoral. But isn’t how we characterize behavior as ethical (or not) ultimately a more important question than how easily we were able to observe that behavior?

Transparency is a window through which we can see behaviors and eventually assess their morality. In the journalistic context, transparency enables us to understand how and why stories were presented—but without necessarily ensuring ethical journalism. Roberts (2007) has argued that transparency can actually contravene such ethical principles as minimizing harm or fully informing the public. Imagine, for example, including transparently-ethical links to source documents that include damaging personal information, or the identity of a vulnerable confidential source, or a gross inaccuracy. These kinds of revelations could easily do harm or misinform the public—yet staunchly serve the goal of transparency.

McBride and Rosenstiel argue that transparency, simply by force of human nature, will lead to more ethical journalism. Don’t people behave better at home when the curtains are open? Not necessarily in the journalistic context. Wyatt (2014), in her review of the McBride/Rosenstiel book, suggests that editors’ disclosures could just as often let journalists “off the hook for the much-needed work of sense-making.” The journalist may have failed to dig deeply enough to get the full story, or failed to minimize harm, or failed to rectify conflicts of interest, but as long as the editors are transparent about what was done, they’ve passed the ethics test? Would the scandalous News of the World telephone hacking now be considered morally “clean” if only the technologies employed had been revealed along with the story? (Another painfully familiar example is the “transparent” journalist who justifies publishing or broadcasting hurtful gossip with the disclaimer “I’m not saying this is true; I’m just saying it’s out there on social media today.”)

McBride and Rosenstiel anticipated this objection in the book and reply that transparency means more than simply disclosing what was done and (ethically) calling it a day. Transparency “also requires producing the news in ways that can be explained and defended. It becomes the key to a method. Transparency requires those who produce the news to anticipate how they will explain their actions before they act (p. 90).”

Aha! Here’s how we might arrive at a conceptual common-ground.

The true value of transparency, McBride and Rosenstiel seem to be arguing, is that it eventually will enhance journalists’ ability to explain, justify and take responsibility for their actions. That’s what many would call accountability—yes, the same accountability that has been one of the SPJ’s four guiding principles for the last 18 years.

I define accountability as the moral obligation to reveal, explain and justify one’s actions to an external constituency, and to take responsibility for such actions. The key distinction between transparency and accountability is that transparency is a set of practices that can be routinized, or as Karlsson (2010), states, can become “rituals” for the approval of external constituencies.

Accountability, on the other hand, demands moral reasoning. On what moral grounds can I justify our actions? And to whom should we be accountable? The SPJ code includes examples of accountability, such as “invite dialogue with the public over journalistic practices,” “admit mistakes,” “expose unethical conduct in journalism,” and (new in SPJ’s 2014 revision) “abide by the same high standards (journalists) expect of others.” Accountability simply requires a deeper level of introspection and principled behavior than transparency.

As I stated above, I support the practice of transparency. And I should note that in its 2014 revision, SPJ changed its “Be Accountable” standard to “Be Accountable and Transparent.” Transparency may sometimes have unintended negative consequences, but by and large it deserves the new respect it is commanding as a component of journalism ethics. It is a helpful mechanism that could very well reveal more evidence of truly ethical principles such as truth-telling, community-building and accountability.

But let’s not overstate its role. It’s not one of journalism’s few—very few—enduring, guiding principles.

Roberts, Chris. (2007). “Dimensions of Journalistic Message Transparency.” Paper presented at the annual meeting of the Association for Education in Journalism and Mass Communication, August.

Rosenstiel, Tom. (2013). “Why ‘Be Transparent’ has Replaced ‘Act Independently’ as a Guiding Journalism Principle.” The Poynter Institute, Sept. 16. http://www.poynter.org/latest-news/the/next/journalism/223657

Singer, Jane B. (2006) “Truth and Transparency: Bloggers’ Challenge to Professional Autonomy in Defining and Enacting Two Journalistic Norms.” Paper presented at the annual meeting of the Association for Education in Journalism and Mass Communication, August.