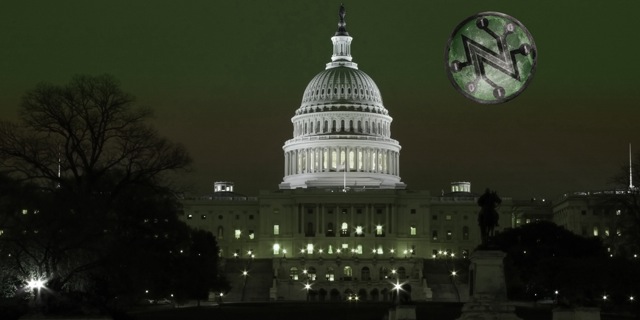 2capWithNetLogoEighty-three percent of people consider Internet access a basic human right, according to a 2012 Internet Society survey.1 Yet in America, birthplace of cyberspace, I argue that this right is increasingly being subverted by Internet service providers (ISPs) who offer slow service at high prices. Now they want to be gatekeepers—creating fast lanes for some Web sites and applications, and slow lanes for others.

It is easy to blame lawmakers for our substandard Internet service and, ultimately, they will likely have to fix this mess. But regulations are not the underlying problem. Rather, it is a lack of corporate conscience in the telecommunications industry. If ISPs practiced what they preach when it comes to corporate social responsibility, net neutrality would not be an issue in America, nor would our Internet service lag behind the rest of the world.

Corporate social responsibility, as defined by Wikipedia, is “a self-regulatory mechanism whereby a business monitors and ensures its active compliance with the spirit of the law, ethical standards and international norms.” It has become a staple in the corporate world, according to public relations guru Fraser P. Seitel. “More often than not organizations have incorporated social responsibility into the mainstream of their practices,” he writes in his popular textbook, The Practice of Public Relations.2 “Most firms recognize that social responsibility, far from being an add-on program, must be a corporate way of life.”

ISPs claim to support this practice, but their actions indicate otherwise. Consider, for example, AT&T. The U. S.’s largest ISP boasts on its Web site that it “is dedicated to making the world a better place through corporate social responsibility.”3 AT&T has accepted hundreds of millions of dollars in government subsidies to help it build Internet infrastructure. Despite this, it announced in November 2014 that it will pause investing in America’s Internet infrastructure over concerns the government may impose regulation.4

The AT&T announcement came soon after President Barack Obama asked the Federal Communications Commission to set the “strongest possible rules” to protect net neutrality as the agency writes new Internet regulations.5 Internet providers have no one to blame but themselves for this renewed push for government regulation. For too long, they have behaved like the robber barons of yore.

To wit, when a reporter asked railroad tycoon William Henry Vanderbilt in 1883 why he did not offer more express trains to accommodate the public, he responded: “Accommodation of the public? The public be damned!”6 To protect consumers against such opportunistic practices, the federal government historically has imposed strict regulations on private companies that provide basic infrastructure, such as railroads or electricity. In its early days, the Internet flourished when it was also subject to this strict regulatory scheme, known as “common carriage.”7

That changed in the late 1990s as deregulation, which had already been applied to transport common carriers such as railroads and airlines, came into vogue for telecommunications. Cable and telephone companies providing Internet access assured Congress they would enter each other’s markets and compete against one another if regulations were relaxed. Lawmakers agreed to deregulation in the form of the Telecommunications Act of 1996, apparently believing that competition would remove the need for public oversight. That has not happened.8

Instead, we have gotten mergers, ISPs have enjoyed exorbitant profits and innovation has been slow. Right now, a handful of giant ISPs control most of the Internet access in the U. S. They have blocked start-up ISPs who want to get in on the growing demand for Internet service by using cable and phone wires to offer a competing service. As a result, 96% of households have access to two or fewer broadband service providers, according to the FCC. And nearly 75% of homes have no choice in providers of high-speed broadband Internet service.9

ISPs have even been engaging in anti-competitive practices, such as slowing down or even blocking customers’ access to some Web sites. Most recently, in October 2014 federal officials sued AT&T for allegedly deceiving millions of customers by selling them “unlimited” data plans and later hobbling Internet access when customers surfed the Web what the ISPs arbitrarily claimed was “too much.”10 ISPs are requiring popular Web sites such as Netflix to pay additional fees or face Web traffic slowdowns.11 Such practices are antithetical to principles such as network neutrality and an open Internet, which AT&T claims they are “committed to.”12

America’s Internet service is slow and overpriced compared to the rest of the world. Almost all developed countries have stricter regulations but lower prices and higher speeds for their Internet service, according to a 2010 study by Harvard University’s Berkman Center for Internet & Society.13

In short, ISPs have not followed the spirit of the government polices they lobbied for, and have engaged in unethical behavior that undermines Internet access and have not kept pace with international norms. This is, I believe, the opposite of corporate social responsibility. Given all this, perhaps it is not surprising that ISP giants AT&T, Comcast and TimeWarner all ranked among the 15 companies that frustrate consumers the most, according to a 2013 survey reported by the American Consumer Satisfaction Index, which looks at hundreds of big companies.14

Normally, “Corporations that disregard [corporate social responsibility] risk more than their reputation—nine-in-10 global citizens say they would boycott if they learned of irresponsible behavior,” a 2013 study by Cone Communications found.15 For example, if an oil company’s negligence leads to a spill that harms the environment, an angry public might buy a different brand of gas for their cars. If a fast food chain’s CEO expresses controversial views on gay marriage, offended customers can eat at other restaurants.

But, because of the oligopoly problem, Internet users cannot stage boycotts or take their business elsewhere. That is why federal lawmakers must now step in and adopt the President’s call for the “strongest rules possible.” It would not have come to this if ISPs had not exchanged what they have the right to do with what is the right thing to do.

13 Berkman Center for Internet & Society. (2010, February 16). Next generation connectivity: A review of broadband Internet transitions and policy from around the world. Retrieved from:  http://cyber.law.harvard.edu/pubrelease/broadband