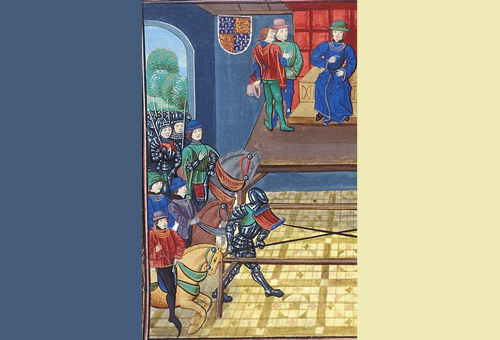 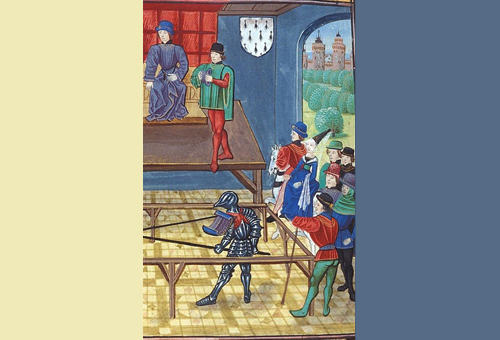 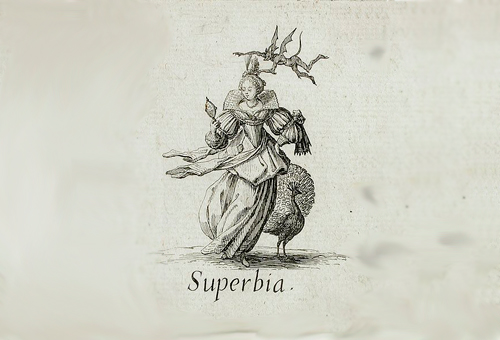 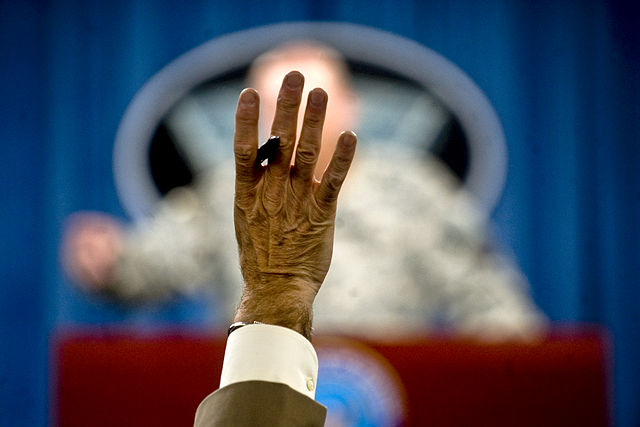 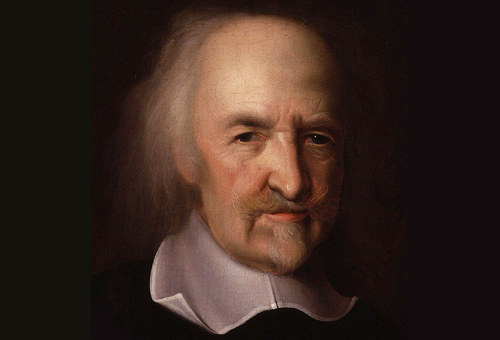 What Should “Global Journalism” Be? 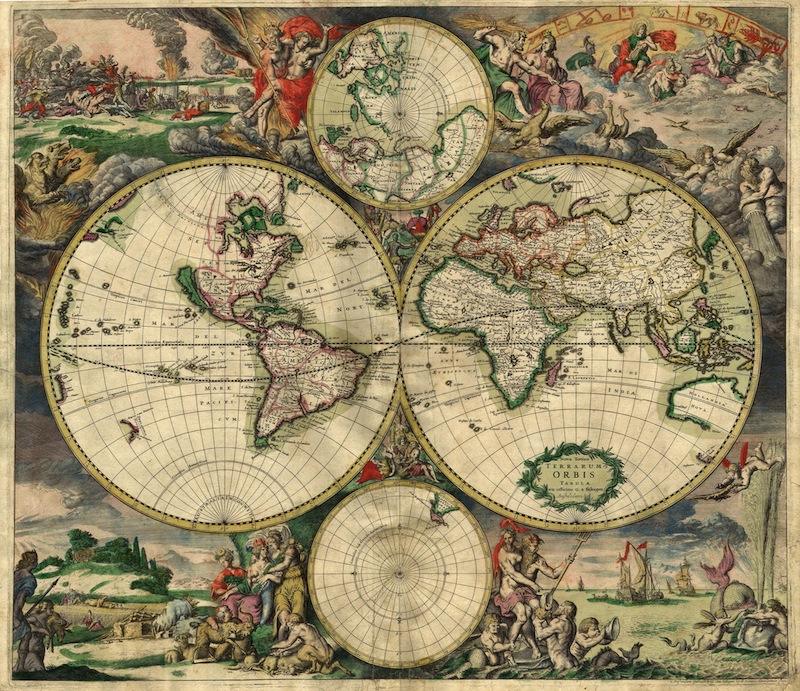 I had a cup of coffee in Paris recently with the European correspondent of an American news organization.

She seemed surprised when I confided that I found it a handicap that I hadn’t progressed far enough in French to conduct a good interview or to understand the nuances of the answers I get.

“Eighty percent of the time I interview in English,” she said.

Given English’s place as the predominant international language, that’s understandable, I guess. But it also suggests something about the state of U.S. journalism abroad, and the kinds of stories that English speakers abroad and at home get to read.

Gone is the International Herald Tribune, long based in Paris. Traveling in Europe, my wife and I would read it religiously page by page for its small, slice-of-life stories about things like the Paris summer plage, or the beach, on the Seine or perhaps a story about a special market in a changing corner of Istanbul. Gone, too, is the daily Christian Science Monitor, an outlet for my own small stories from the south of France seven years ago, such as a piece on the place of boules or petanque in Provençal culture. What remains at The Monitor is a Website more heavily invested in hard news and a weekly magazine with a bent toward big-picture stories.

Largely gone with them, it seems, are outlets for the kind of quirky stories and essays I used to devour as a reader and gravitate toward as a writer. I’m referring to those little stories that captured the culture, the humor and the way of life of people around the globe by interviewing and sharing the experiences of those engaged in everyday life rather than relying heavily on experts ruminating about the global economy or the latest global hot spot from the relative comfort of their well-furnished offices.

Even in today’s world economy, I believe it is these smaller stories that readers enjoy reading more deeply and that most writers like to write. And they are necessary if Americans wish to be full-fledged members of this planet’s society and culture. But in this world in which everything online now is counted and quantified, the arithmetic of eyeballs scanning pages counts a lot more than the much-more-difficult-to-quantify pleasure that a different kind of news—one built around anecdote and small detail—offers.

In the same week I talked to that American-reporter-abroad, David Carr of The New York Times wrote a column that, in the international edition, was titled, “The hazards of click-bait journalism.” He noted a “growing trend” to tie the pay of journalists to the Web traffic— translate “clicks”—that their work attracts.

“The media ecosystem is increasingly a pro-am[ateur] affair, where the wisdom—or prurient interest—of the crowd decides what is important and worthy of sharing,” he writes.

Thankfully, The International New York Times isn’t among those paying reporters by click rather than quality. Not yet anyway. But it seems as if the Times and other serious news organizations have responded to the dual assault by citizen journalists and the tabloid Web by getting more earnest, more hard-edged, less varied, less original and, in my view, less interesting.

The day after Carr’s article ran, for example, we took the train from Paris to Aix-en-Provence and read The International New York Times from cover to cover. On that day, March 25, hard news—Crimea, the missing Malaysian flight, a European Union economic report, an architectural award—dominated. Inside, one business story flirted with trying to be the kind of smallish gem I’d seek out and find regularly in the Tribune. But that story ultimately fell flat.

Titled “Recession breeds a wave of Greek start-ups,” it talked about the efforts of young Greeks to make a living by being entrepreneurial. But despite an anecdotal lead that focused on an individual, the story went broad rather than deep, talking to experts and skimming the surface rather than showing, through tightly focused depth reporting, the challenging life of a young Greek entrepreneur. A piece in the culture section, by author Walter Kirn “interviewing” himself, caught my eye for its originality, but went on for a long time. A style story about a London exhibit was accompanied by gorgeous color photos but wasn’t much of a read. The rest of the paper hewed close to the highlights of the day’s news.

In fairness, one day and one paper—even an important one—don’t make for a scientific study. Certainly the new Saturday/Sunday International New York Times shows more range, editing down stories from the Sunday Times magazine in New York, for example. But a piece on page 8 of the March 29 edition about the aging and the gradual disappearance of South Korean “sea women,” divers who for centuries have searched “the sea bottom for abalone, conch and octopus,” caught my eye because such a story today is the exception rather than anything approaching the norm. This is the kind of piece, if my memory serves me well, I could count on finding several times a day—sometimes on the front page—of the old International Herald Tribune.

The Monitor Website, for its part had an interesting piece the same weekend on an entire Swedish mining town preparing to move all its buildings two miles from the current site. And there was another on the importance of Paris’ mayoral runoff on March 30 in the face of the city’s somewhat tarnished reputation as a center of arts and culture. But while these pieces certainly went a step beyond the mainstream hard news stories that increasingly dominate international news outlets, they too stopped short of attempting to adopt a more narrative frame. It’s as if professional news organizations are doubling down, in the parlance of gambling parlors, betting that harder-edged news will be the last commodity their shrinking audience is willing to pay for.

To me, that approach is one more missed opportunity. As I walked around Paris in March, I saw stories I’d love to read all around me. What, for example, is involved in restoring the extraordinary stained-glass windows of 13th century Sainte-Chapelle, a process that’s been going on for years already and is not nearly done? How does one go about building a remarkable exhibit of 100 privately-owned and rarely-seen paintings of the Impressionist masters, coaxing their owners to display them for the masses for several months at the Musée Marmottan Monet? How do protests over some of the development in the newly posh haut Marais district reflect economic problems in Paris, a city pricing out many of its current residents? These are small stories that say lots about the history, culture and people of one of the world’s great cities. They don’t, however, seem to have a niche in the shrinking contemporary definition—a limited one in my view—of what makes for good “global journalism.”

I know this from the reaction of that European correspondent with whom I had coffee. As we talked, I told her about a really quirky opening the following week called Vocal Vibrations at an institute led by a former student of mine in Paris. It was an exhibit and experiment, focusing on the body’s vibrations and their effect on health that had grown from a collaboration, among others, of an avant-garde composer from MIT, the head of the Dalai Lama Center at the school and a couple of French designers. At the very least it seemed too delicious to ignore, the kind of quirky collaboration of intellectuals working across cultures that might perhaps have been written tongue-in-cheek or might have proven to be much more.

But my reporter acquaintance clearly had no interest in either possible version. She knew it was not what her editors would want. I should mention that those same editors dismissed a pitch I recently made to tell of the current struggle to survive of a huge bookstore, with 100,000 separate titles, that for 25 years had thrived in a remote Provençal village of 1,000 people. Forget that the store is something of an institution in the south of France. Other bookstores, they reasoned, are struggling, too. To me, that was precisely the point. I presume the pitch lacked the global sweep that fills too many stories with so many expert sources that the stories often emerge as simply dull.

The best stories, it has been said, see their “communities whole.” That was the view of the Maynard Institute in Oakland, California, for which I did some consulting a decade or so ago. It is an ideal—an ethical one at that—that journalists have not (and cannot) ever fully achieve. But it’s one that I believe in. When small, quirky stories fall off the radar, as increasingly is happening in the shrinking arena of international news, “communities,” at least as presented in the news, begin to look like elites trying to influence and shape other elites’ views, with journalists acting as the conduits of the debate. Lost in the conversation is what the Occupy Movement in the United States called “the 99 percent,” such as those people who own small shops or lend to small businessmen, those artisans or artists, do-gooders and iconoclasts, who make the world more whole.

Professional news organizations ignore this microcosm of the world, at the community level, at their own peril. Because in ignoring the small stories, news organizations risk making themselves less rather than more relevant, purveyors of talking points from one elite to another that freeze the public out and ultimately lose all but the elites as an audience.