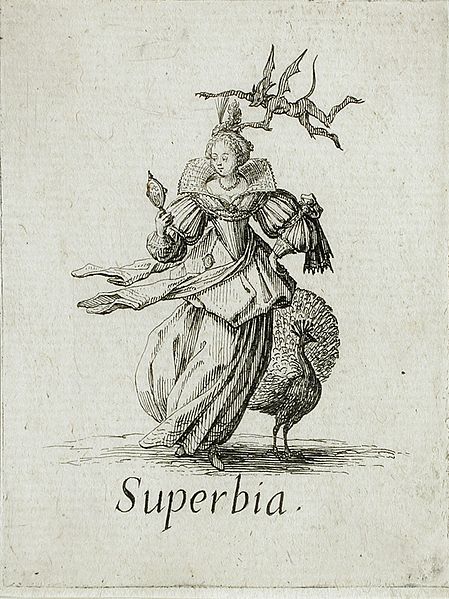 For those who missed the broadcast and the critical discourse that followed, this article is intended to open your eyes to an all-too-easy-to-commit, foot-in-mouth ethical blunder made easier by the growth of social media. An illustrative example by NBC News’ Chuck Todd during a panel exchange on MSNBC’s Morning Joe show September 18 was one that appropriately garnered infamy and wide-ranging criticism.

What did Todd say that deserved all the verbal lashings he received? He had opined that it was the fault of the Obama Administration, not the media to which Todd belonged, if the public had false perceptions about the Affordable Health Care Act. It was just days before what would turn out to be a disastrous rollout for the health care law, which Republicans disdainfully dubbed “Obamacare,” a label later adopted by Democrats as well. No one on the news talk show’s panel that morning disputed that, in fact, the erroneous perceptions mostly grew out of Republican opponents’ intentional distortions and disinformation about the Act.

Although professional media critics quickly issued denouncements of Todd’s interpretation, the social media reaction was swifter and even harsher.

Specifically, Todd, NBC News’ political director and chief White House correspondent, had argued that it was not the media’s responsibility to correct misperceptions about matters of public policy. “What I always love is [that] people say, ‘Well, it's you folks’ fault in the media,’” Todd said. “No, it’s the president of the United States’ fault for not selling it.”

My reaction was visceral: In what alternate universe could Todd’s mind have possibly been when it entertained such a ridiculous thought? If journalists won't accept responsibility for providing clarity, understanding and reliable information regarding what people all across the political spectrum recognize as perhaps the most significant domestic policy reform of the generation, then who will?

Substantive public policy reporting is not supposed to be easy. But when it is reduced to soundbites, sports-page-style horserace reporting and spin, it is awful and, more importantly, useless.

There was no immediate pushback from the show’s hosts or guests when Todd made that dismissive utterance. The bigger problem, though, is that the laissez-faire attitude expressed by Todd in that embarrassing “not our jobs” remark wasn’t that far out of the ordinary. And the shamefully defensive manner in which he brushed aside his critics on Twitter is even more typical and disturbing.

Nowadays, anyone can respond to a real or imagined attack as soon as he or she has access to an Internet-connected device. One no longer needs a printing press to respond. But while the technological wherewithal for instantaneous retorts, corrections and context should be welcomed by well-intentioned communications professionals, unseemly defensiveness may have instead swung the pendulum too far in the wrong direction.

The sad fact is that there is an unfortunate and unbecoming air of smugness and self-satisfaction in most media nowadays. Todd’s comment, and his rationalizing, unapologetic tweets that followed, may be much less an outlier than an attitude that exemplifies to a “T” one of modern journalism’s most common and troubling ethical transgressions.

Before it is too late, practicing journalists, aspiring ones and trainers in academia all need to be reminded that we are in the truth business.

When you publish or broadcast something that leaves the public with perceptions that do not match the reality that you have learned in your journalistic role, you have fallen short of a standard of truth and accuracy that must always continue to be a journalistic expectation. When you get it wrong, blame cannot exclusively be laid to some politician’s press office, nor “the competition” or the unforgiving temporal demands and immediacy of perpetual publishing and fast-breaking news developments. The awful tendency to suggest that something or someone else is at fault when we get it wrong must be exorcised if the practice of journalism is to remain credible in the digital age.

I also disagree with curmudgeons my age who want to blame it all on a growing prevalence of opinionated, point-of-view journalism. That is not the problem, but rather another lame excuse—or just plain laziness. Facts are still facts. Honest context still matters.

No, I am not advocating a return to the delusional standard of “perfection.” That was an illusory standard when Gutenberg first used movable type for the mass duplication of printed information, when the Franklin brothers first published an 18th century newspaper and, a few decades ago, when former Washington Post publisher Donald Graham first invoked the wise adage that “journalism is the first draft of history.” And it is just as much an imagined, aspirational and unattainable fantasy in the current, overloaded information ecosystem of infinitesimal niches, pick-and-choose cable sources and ever-proliferating digital news providers, as it was when it was uttered during the lifetimes of many still living.

Reporting, analyzing and commenting upon issues and the course of human events have never, nor can ever be, practiced with scientific precision. But as an industry, we need to work on utilizing the technological tools afforded present-day practitioners to make our work more accurate, more reliable and closer to that elusive standard of truth, and not as a convenient catchall excuse for our screw-ups.

I know and have long respected the reporter and best-selling author who wrote a much discussed profile that portrayed current Texas gubernatorial hopeful Wendy Davis as a bad mother and an overly ambitious, opportunistic gold digger who had embellished much of her up-by-bootstraps biography. So, even though it was not what I had suspected on first reading, I take Wayne Slater of the Dallas Morning News at his word that the genesis of that badly-flawed story was neither a suggestion by nor sourcing from the campaign of Davis’ likely Republican opponent Greg Abbott

But in the YouTube clip of a regional public affairs show on which I heard Slater explain and defend the origins of his story, and in other published and social media defenses, I hear a shameful rationalization. If the article paints a false portrayal of Davis that is sexist, misogynistic and inaccurate, it is somehow Davis’ own fault. Or, they blame her campaign's less-than-stellar communications team. Or, they contend that certain right-wing pundits like Rush Limbaugh have made the Morning News’ profile out to be something that it never was.

For every drinking-glass-sized news story in today’s media landscape, there is a daily fire hydrant of facts, information, data, and perspectives—all of it subject to the handiwork of professional spinmeisters with their own agendas.

We already see that daily, for example, as the recent scandal involving New Jersey Governor and potential presidential hopeful Chris Christie slowly unfolds. And, we will see much more of it as the 2014 campaign season gets underway, with the 2016 campaign already very much a part of the discourse.

But the shameless practice of responsibility-dodging and outward finger-pointing needs to stop. Responsible journalists must not be allowed to continually fall back on a pat rationalization that someone or something beyond their control was what made distortions and inaccuracies inevitable in their reporting. Accepting responsibility, adding context and clarity and fixing our errors is far more becoming than the lame-excuse-and-blame game that is becoming all too common.

This blame-shifting tendency is reminiscent of Bil Keane’s King Features-syndicated Family Circus cartoon series that often depicted “not me” alter egos for misbehaving children. If that ugly trend cannot be halted and reversed, then all those individuals who teach, commend or try to practice ethical journalism will have lost a critical battle to the bad guys. And the public—our audiences—will be the poorer.