When Is Media Studies Research . . . Research? 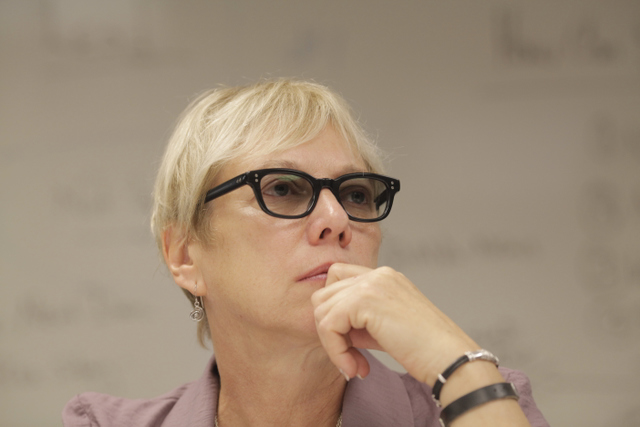 These are not controversial statements until you say them in a roomful of journalism professors. Ethical review of “human subjects’ research” has been conducted on college and university campuses for more than 20 years by the institutions’ Institutional Review Boards (IRBs). Yet, at a conference in the summer of 2013, I once again heard a handful of media studies faculty from major U.S. universities claim that they can conduct research that involves living people without IRB review. They were wrong.

All U. S. colleges and universities have IRBs. The IRB, which is constituted of faculty and community members, performs ethical review of research plans before the projects can be started. Chief officers at U. S. colleges and universities have each signed a contract known as the Federalwide Assurance for the Protection of Human Subjects (FWA), that promises that an IRB will be established. The Assurance covers “all of the Institution’s human subjects’ research activities,” regardless of funding. Institutions cannot receive federal funding for any research without an Assurance and without IRB review of all human subjects’ research. If it is found that a researcher employed or otherwise attached to the college or university conducted human subjects’ research without prior IRB review, the school is required by the Office of Human Research Protections (OHRP) to write up the incident, take corrective action, and may be required to file a finding of non-compliance with OHRP. OHRP works out of the U. S. Department of Health and Human Services.

As with all prima facie absolutes, there are a few exceptions. Considering the type of research conducted by most journalism educators, the following are examples of exceptions to the general requirement of prior IRB review:

Journalism and media studies educators who are First Amendment enthusiasts, as we all should be, need not worry about IRB intrusion into the gathering, reporting, and publishing in trade and lay publications that we teach our students to do. No prior review is needed for the creation and publication of a blog, or review or an opinion piece. Journalistic products are not meant to contribute to “generalizable knowledge,” in that journalism brings together understandings from a discrete set of existing facts, sources, and incidents. They do not count here as “research.”

However, most surveys conducted in the process of media studies research do come under the umbrella of the IRB. Surveys require IRB approval if they are “research” with “human subjects” as defined by 45 CFR 46.102. Brief forms of these definitions appear at the top of this article. “Intervention,” or “interaction” with human subjects include telephone and Internet-based surveys as well as interviews conducted in more formal settings.

Most media-related studies involving human subjects are found by IRBs to be exempt or are quickly approved, often without the need for full board review, depending on the IRB’s procedures. There is no risk to subjects. There is no need for the investigator to wait for the committee to convene to approve the proposal. “Exempt,” or “Expedited Review” classifications can be granted by the IRB chair or administrative staff. In most schools, proposal submission is an electronic process requiring little more than 10 minutes for an investigator to complete and submit an online form. Even in those research cases where the exercise feels meaningless, departments and schools of journalism and media studies must meet federal mandates.

It is true that the dividing line between journalistic study and academic research is sometimes a fine one. The division cannot be made based on the amount of time taken to do the investigation—good journalistic investigative pieces often take many months of data gathering and crunching. The separation between the two is not even the possibility of people being harmed. Many human subjects of a story have been sacrificed on the altar of the “Public’s Right to Know.”

Public opinion polls conducted by Gallup or by Pew are not academic survey instruments. But, this information has been used by many an academic researcher. My point here is that areas of uncertainty should serve as a basis for further discussion—not the basis for denying that there are studies clearly situated on both sides of the line. Some media studies that involve people qualify as academic research and some do not.

Consider an analogy with other justice-based federal mandates: Most departmental search committees are in full compliance with equal-opportunity requirements. Most journalism and media studies classrooms, whether face-to-face or online, are completely accessible for students with disabilities. Yet, someone from HR will always review search committee processes to ensure compliance. Student disability officers know which accommodations are required for which students and hold individual faculty accountable for addressing those needs. Schools have consistent rules so that any deviation from these important justice considerations can be prevented or rectified. I doubt that a single educator I heard scoffing at human subjects’ protections would be equally dismissive of these other federal requirements. Yet, they are all a matter of justice.

The conference session mentioned above that launched the inane “It IS research!” “Is NOT!” “Is TOO!” exchange among highly educated professors involved a study that compared reader-expressed preferences for tablet or print presentations. The project had multiple test sites, including universities and a private non-profit organization.

One professor contended that research on how people consume news did not include “human subjects.”

Others claimed that different schools had different rules.

All who spoke seemed to agree with the professor who said that a project like this would need IRB review only if administrators were “covering their asses.”

One educator at the conference mentioned above said that IRBs should stick to medical research. Human subjects’ protection started there, with good reason. The history of bio-medical research is littered with studies that put vulnerable individuals at physical risk without their consent and without external oversight. “The Tuskegee Studies” on the effects of venereal disease illustrate this point. Those infamous studies gave African-American men observation rather than treatment for the disease even after treatments became available. This is a classic case of human subject abuse. But, other harms can befall research subjects. Subjects who participate in social and behavioral research, of which media studies are a part, can suffer psychological, financial, reputational, and retributive harm.

The part of the project in question to be conducted at universities certainly counts as human subjects research, no matter where the project originated. If the non-profit were working alone, whether it required IRB review might be technically dependent on whether the non-profit received federal money for any part of its operation. No Federal Assurance contract, no Federal mandate for IRB review. But, if the intent is that the research be presented or published in an academic venue, I argue that consistent rules should apply.

A handy dividing line between journalistic product and academic research is the investigator’s intent and the venue where the findings are meant to be shared. Generally speaking, material intended for academic presentation or publication requires IRB review; material intended for presentation or publication for a lay or trade audience does not. While the dividing line is far from clear or exception-free, the assumption is that research intended for an academic venue includes “generalizable knowledge.” Journalistic investigation and reporting does not.

The solution? Rather than count on individual researchers to do the right thing and submit their research proposal to IRB for review, it is time that research gatekeepers be the enforcers. No journal editor and no conference program chair should send out submissions from anywhere in U. S. academe to be peer-reviewed for publication or presentation without evidence or certification that research protocols involving human subjects were submitted to an IRB. As most submissions are electronic, an electronic copy of the IRB approval can easily be attached with the submission. This requirement is standard in some disciplines, but such policies are spotty at best in media studies.

Submitted studies that used human subjects without assurance of IRB review should be returned to the authors. If this feels unjust to those who have spent precious hours from their tenure clocks completing research that won’t count, perhaps they will be moved to understand that justice is exactly the principle that the federal mandate for human subjects research supports. IRB review ensures that vulnerable groups and individuals do not unreasonably bear the costs and risks of being research subjects. IRBs compare the benefit likely to come out of the study with risk to human subjects. The review also ensures that human subjects understand the study and consent to any risks. Ultimately, IRB review also protects the college or university by having a standard process for review of research that would be conducted in that school’s name. Colleges and universities are held legally liable for almost all academically-related actions of their faculty and students. Research that does or could result in the harm of a human subject is as possible an area for lawsuits as is sexual harassment of students by faculty.

This is why research gatekeepers, such as media studies conference program chairs and journal editors, are the natural choice to ensure protection of research subjects in media studies. If the researcher’s intent is peer review and peer consumption, self-interest will dictate compliance, even if the researcher is blind to the ethics of the matter. Engaging in human subjects’ research review is one time when it is clearly better to ask for permission than forgiveness.