To Akrasia and Beyond: An Introduction to the Special Section on Media Addiction 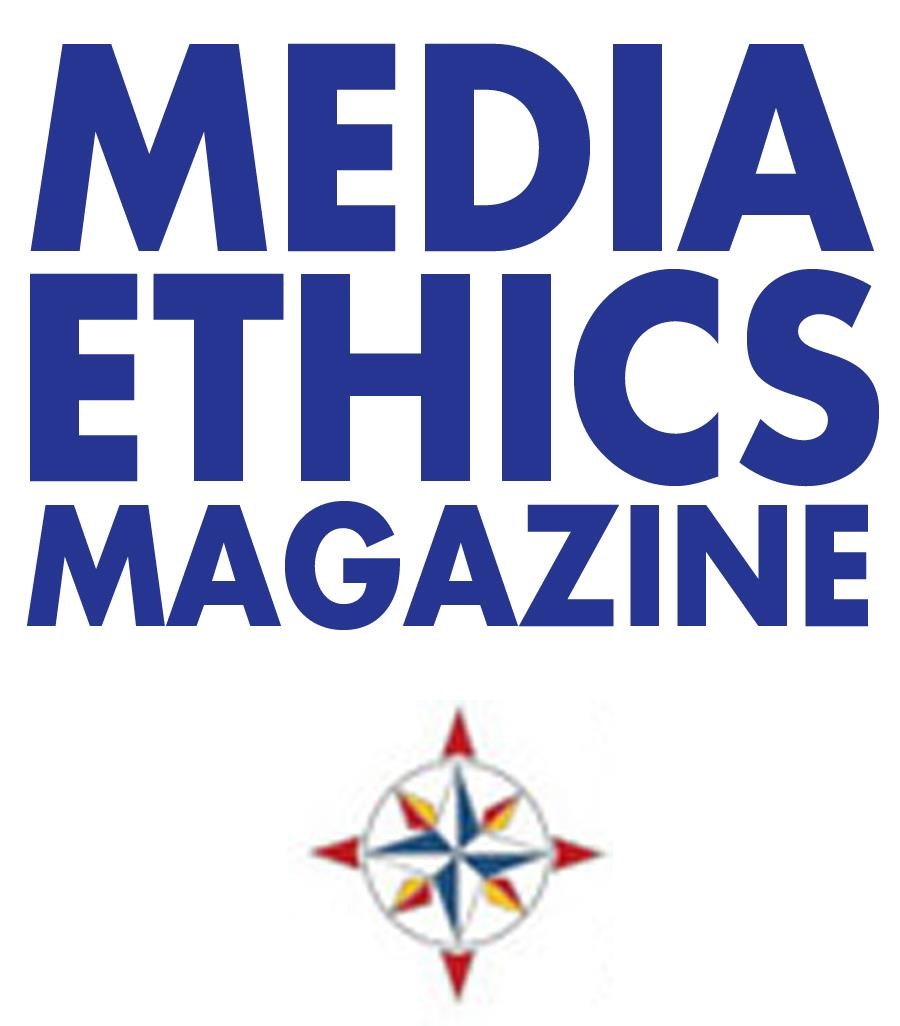 MEM“Akrasia in rational beings is as common as wine in France.”– John Searle

One time in my academic career I was reported to the University Ombudsman while on the faculty in Communication at the University of Kentucky. I should say, it was told to me that I was going to be reported to the Ombudsman. The notification came to me from one of my students in a media effects class around 2005. Let’s call her Abstinence. Apparently, Abstinence and her roommate, let’s call her Akrasia, were riding in the car on the way to Kinkos to make some copies. Akrasia reached over from the passenger seat to turn on the radio. Abstinence turned it off and said something like, “I’m sorry, I’m doing a media-free exercise in a class right now where I can’t use any media for entertainment or pleasure.” Akrasia harrumphed. They got to Kinkos, it was a short drive, did what they had to do, and Abstinence and Akrasia got back into the car to drive home. Again, Akrasia turned on the car radio. Again, Abstinence turned it off, this time making a plea to her that she could cheat but really wanted to try to make it through the week without doing so, as the professor (me) had assigned. Akrasia got irritated. Abstinence reported to me that Akrasia became angry at the general injustice of such a request, saying, “That’s bullshit! He can’t ask you to do that!” That’s when she told Abstinence she was going to report me to the Ombudsman.

If she did, nothing came of it. For better or worse, the assignment still exists, albeit doubled in length in a class called Media Addictions which I have been teaching at the University of Minnesota Duluth (UMD) for more than a decade. A couple years ago a faculty colleague told me the assignment came up in discussion in a large lecture class. A young man raised his hand to say that he thought making people go media free was completely unethical. My colleague could not say for sure from the conversation, but he felt confident the student was revealing one of two things: a) that access to a person’s media devices is a basic human right, as Akrasia seemed to believe, or possibly b) that the student presumed that some of the people were addicted, so taking media away could put the students at serious health risk.

Neil Postman foreshadowed these moments of mediated morality when in 1985 he wrote, “What I am claiming here is not that television is entertaining, but that entertainment itself has become the natural format for the representation of all experience.” In 2017 the typical American is estimated to spend 70% of her or his waking time staring at a screen (Bugeja, 2018), a sum even Postman may not have envisioned. So it should not surprise anyone, let alone the readers of Media Ethics, that media technologies are becoming conflated with the very nature of existence. In fact, industry insiders and scholars alike are feeling the need to remind us of our uniquely human status. Jaron Lanier’s bookYou Are Not a Gadget (2010) reflects this idea, or his newest10 Arguments for Deleting Your Social Media Accounts Right Now (2018), one of which is (spoiler alert) that social media “hates your soul.” So too does Nicholas Carr’s The Shallows (2010), or Sherry Turkle’sAlone Together (2011), or Kevin Kelly’s What Technology Wants (2010). The taproot of the theses contained within these books is technological determinism, or the belief that media effects are best understood ecologically because they 1) change the structure of interests (the things thought about), 2) change the character of symbols (the things thought with), and 3) change the nature of community (the area where thoughts develop) (from Harold Innis, found in Postman, 1982).

Though not by design, the articles assembled in this section address the topic of media addiction from each of these three perspectives. Dina Ramgolam’s essay explores how technology alters the social construction of time. I recommend reading it while your cell phone is nearby. That little rectangle thing that alters when and how we think, is both time-keeper and time-shape shifter.

Michael Blight interrogates the relationship between media multitasking and fandom. He wonders if it encourages addictive tendencies which may help explain binge watching. In so doing his essay exemplifies how media alter how and when communities can interact.

Kris Harrison pumps the brakes on addiction talk, not so much to question it, but to introduce a new concept of “sensory gating” or blocking among those who use media simply to try to regulate their sensory needs in unpredictable and inhospitable environments. In my own state of Minnesota, for example, there are new sensory rooms built into US Bank Stadium where people can take a break from the sensory stimulations of a professional sporting event or concert. Dr. Harrison’s essay is a good illustration of how the sensory environment might explain an interest in or even a form of regulatory escape to media, and how concern for media addiction may even mask this regulatory function of media for some.

One final piece in this section is odd but poignant. A “found letter” is included, which in this case is a mash-up of student sentiments in a media effects class who were asked to write a letter to a young child about what they would do differently (if anything) in their own childhood regarding their use of media. They were encouraged to be positive or negative or anywhere in between, but the reader can easily see that students did not have any difficulty locating regret.

It bears mention at this point that currently there is no such thing as media addiction, at least not according to the American Medical Association. No media-based addiction is listed in the so-called bible of mental health conditions known officially as the Diagnostic and Statistical Manual of Mental Health Disorders (DSM). Research is gaining on it, however. Last year the World Health Organization saw fit to include gaming addiction as a legitimate mental health disorder. The contributions in this section do not attempt to review comprehensively the corpus of media addiction research, which can be sorted roughly into five piles: 1) television addiction, 2) video game addiction, 3) general internet addiction, 4) pornography addiction, and 5) social media/cell phone addiction.

Despite the lack of official acknowledgment, media addiction is a growing strain of worry among parents, practitioners and even children (Common Sense Media, 2016). The technological determinists may have a leg up explaining it by focusing not on the medical models of the neurotransmission of pleasure, but on the information environment itself. A person’s environment is one of the largest predictors of any addiction (Hari, 2015). Also, treatment of addiction is generally not all that successful (Truan, 1993). Two recent works by Nir Eyal seem to almost poetically point to how odd and paradoxical digital living has become. Eyal wrote an instructional guide (i.e., Hooked, in 2014) for content creators on how to make people compulsively use media. In the introduction of that book he writes, “Face it, we’re hooked. The technologies we use have turned into compulsions if not full-fledged addictions.” This year, in a splendid example of creating the disease and also its cure, Eyal has published Indistractable, a how-to guide for those who may have lost control of their will, for those struggling with akrasia, the Greek term describing the condition of acting against someone’s better judgment through weakness of will. Eyal employed the term himself in a recent interview with Ezra Klein who prodded him about the apparent contradiction.

Indeed, many people feel that things are getting a little akrasia when it comes to media diversions, a claim that can be evidenced simply by the number of options for entertainment, if not also in the time spent with them. A few years ago a series of studies was conducted at Ohio State University to develop a scale to measure a need for entertainment (Brock & Livingston, 2004). In one of them, the researchers asked people how much money it would take for the participants to pledge to give up TV for the rest of their life or to change an aspect of their identity (in this case, it was what state they would have to say to others they were from, picking a neighboring state as the only other choice). Students were far more willing to alter an aspect of their identity than to give up television. The same researchers also asked people to write down a definition of entertainment, and then coded the definitions as something someone does (active) or something that happens to someone (passive) or neither. The largest pile of definitions was passive. I have replicated this basic result across several years’ worth of media classes here at UMD.

One hundred years’ worth of data on the question of whether people define entertainment as an active or passive noun would be nice to have, but it does not exist. Nevertheless, if media do have the power to change how we define not only ourselves, but also the concept of entertainment, which is to say, change how we both speak and think, then Innis and Postman were right, among others.

It is in this spirit that the reader is invited to wander through this special section on media addiction, exploring akrasia and beyond.

Hari, J. (2015). Chasing the scream: The first and last days of the war on drugs. London: Bloomsbury Publishing.