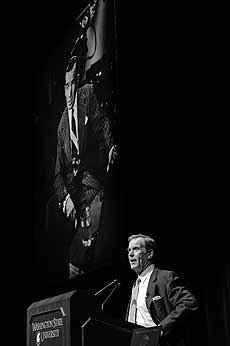 Although it's been several months since ABC-TV Anchorman Peter Jennings last anchored ABC's World News Tonight, his cool insight and perspective on the world will be missed. His work and legacy were well documented by his colleagues and friends not long after his death in August of 2005.

The Classroom Puzzle: Rules vs. Utility

He's invisible, but every ethics instructor feels him. It's that 800-pound gorilla that stalks ethics classrooms, marking the divide between the rule followers and the utilitarians.

Anonymity, the Internet and "News Laundering"

With the recent disclosure that Mark Felt, a 91-year-old retired FBI official, was the legendary anonymous news source from the Watergate scandal, "Deep Throat," and the jailing of New York Times reporter Judith Miller for refusing to divulge the identity of a source, discussion of "veiled attribution" has moved from accounts of journalists writing fiction under the guise of news to stories about the ability of both anonymous sources and journalists to preserve democracy. 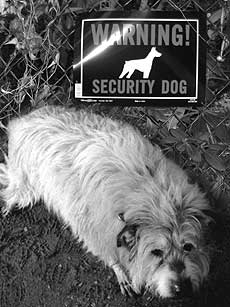 In late June 2004 Marine Cpl. Wassef Ali Hassoun was reported kidnapped near Fallujah, Iraq, and later beheaded by militants-only to turn up 500 miles away in his native Lebanon, at the U.S. Embassy in Beirut. The military said he was cooperating, and months passed before plans were announced to court-martial him on charges of desertion. 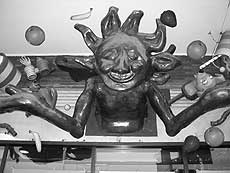 When Sportswriter Mitch Albom made the mistake of assuming certain events happened when in fact they did not, he fell victim to two growing problems in sports journalism- over-extension and lazy journalism.

Of No-Shows and Never-Weres: The Ethics of Column Writing 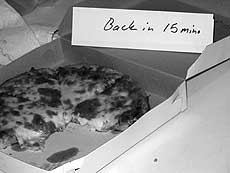 The past year saw several notable instances of bad ethics in journalism, particularly the cases of Diana Erwin, Mitch Albom, and Keith Swain, all columnists and not reporters. Do columnists play by a different set of rules? 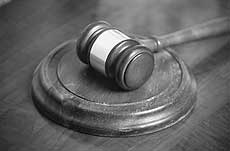 The five-count Oct. 28 federal grand jury indictment of I. Lewis "Scooter" Libby-Vice President Dick Cheney's chief of staff and special assistant to President George W. Bush-left many questions still unanswered. The indictment was for perjury, false statements and obstruction of justice rather than the underlying matter of "outing" a covert CIA officer-presumably in order to discredit her husband's New York Times op-ed piece challenging a claim President Bush had made to help justify the Iraq invasion.

So You Want to Start a News Council? 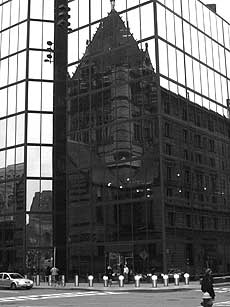 If you're interested in starting up a news council in your state, read on!

A Note from the Editor

Dear Contributor to MEDIA ETHICS magazine: It may appear that we are geographically discombobulated, but appearances are deceiving. Much more is remaining the same than is changing. For example, the editorial policies of MEDIA ETHICS shouldn't be affected in any way by the change in ownership reported above.

A Note from the Executive Publisher

Fifteen years ago, Tom Cooper and Emerson College hosted a media ethics summit. Representatives of all the major programs, initiatives, and scholarship in media ethics worked together on the big picture. The water table was raised. A vision for quality and collaboration emerged-for making media ethics the field leader among professional ethics as a whole.

A Note from the Co-Publishers

MEDIA ETHICS is proud to announce that our new owner and host is the University of Illinois at Urbana-Champaign. Clifford G. Christians will be serving as Executive Publisher, and Tom Galer-Unti as Director of Finances in Urbana. They have served as primary liaison for the publication's transition and are heartily thanked for an initial job well done.

BLOGGING AND ONLINE JOURNALISM WORKSHOP The Institute for Applied and Professional Ethics at Ohio University and the E. W. Scripps School of Journalism will host a workshop entitled "Blogging and Online Journalism: New Media, New Challenges, New Ethics" on April 7-8, 2006.